MY REVIEW ON THE 2013 HYUNDAI SANTA FE

MY REVIEW ON THE 2013 HYUNDAI SANTA FE

So I took Ms.ImStricken and went again to the Hyundai dealer to test drive the Santa Fe. We took the exact model we would buy: AWD, fully loaded black on black, with the navi & sunroof option (you men know, that in order to appease a woman, you have to give her the exact color/combo she would buy- otherwise they call the car ugly- and dont even wanna test drive it. lol) as i have stated before: i refuse to even consider the Turbo model. Anyway, on with the review! TECHNOLOGY:
we didnt delve to much into the radio nor navigation on this test drive. we really just wanted to see the fit & feel of the car itself, and the drive. i didnt want to be taking my attention away from any possible road noise, poor craftsmanship, etc with the sound of music. so to be honest, i cant say much about the navigation nor screen setup, nor backup camera. but i do know it has a push-to-start, and the inteli key that has driver memory. it also has the exterior door handle button to unlock the car. i do know the car has built in blue-tooth like our rogue does. i do know that it has a premium Infinity Logic7 550-watt audio system with 12 speakers and a digital external amp. DID I MENTION: the front window detects moisture and turns on defroster?

When walking out to the car at night, the door handles light up.

ENGINE
its awd, and a 2.4L (190hp) 4 cyl engine. the engine didnt propel the car as fast as i think the rogue can, but it wasnt that bad. The santa fe is roughly 4000lbs! (compared to the rogue: 3400lbs), so i can see how the extra 20HP that the santa fe has, gets lost in translation. anyway, it still had some pep, but man- its not a lot LOL. if you can ignore the lack of power, and instead pay attention to the extra features this car has - you'll be fine. I KNOW HYUNDAI USED TO USE RUBBER TIMING BELTS: and i made them prove to me that they no longer do, well at least not on this car - PROVEN: ITS A TIMING CHAIN(just like nissan)

TRANSMISSION
its awd, as i have stated before, and its a slight different setup. it has something called TORQUE VECTORING(idk what Hyundai calls it, but thats the real name of it). it shifts the engines power from either front to back & applies the brakes to the inside wheels, to help steer the vehicle. the Infiniti FX & JX have that. so if you are making a quick lane change, it will help steer the car, by giving the rear wheels more power, while slightly applying the brakes to the car's inside wheels to help the car steers more precisely. same things with tire slip.
it also has HILL DECENT & HILL ASCEND assist. It also has AWD LOCK feature. its a 6-speed automatic transmission with SHIFTRONIC. All models have the "ECO System"; with the push of a button, it improves the performance of the transmission to help you get more MPG's.

FRONT INTERIOR:
wow! blown away. 2-toned, with a fake carbon fiber looking trim. blue LED accents near the shifter (in the AUX port area), plenty space in the doors, center area, and just an all around supple, soft leather feel to everything. nothing made noise while driving. the gauges felt like i was driving a super high end luxury car. puts the rogue to absolute SHAME!!! it has a high resolution LCD screen that shows many different things about the car, radio etc. then 2 other smaller LCD screens that show other gauges. the front headrests move up & down, and forward and backwards, so you can find your perfect setup.

STEERING:
GOING SLOWLY, ITS FEATHER LIGHT! its a really cool feeling to not have to have a heavy steering wheel, when in a parking lot situation. with my torn shoulder, it felt great! 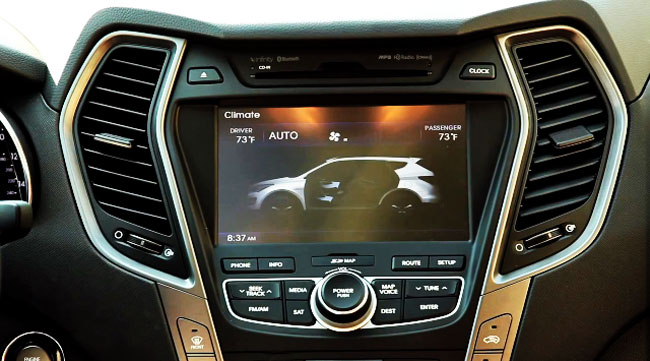 REAR PASSENGER AREA:
the rear seats can move forward, backwards, and they recline to a more sleepy, relaxed position. i think that feature is AMAZING.(considering the infiniti JX & pathfinder JUST got it) the rear windows are not only tinted, but they have the signature BMW & Mercedes privacy screens that can come up for added privacy(hidden into the door panel). i think thats a small touch, that REALLY shows how they tried to squeeze every option they could for the money. big plus. the rear seats fold down, buy pulling a latch in the trunk. (helps when trying to shove something big in there)

SUNROOF:
the sunroof is giant, to say the least. it spans from the front all the way to the rear, just like the BMW x5. big plus. they took a winter, off-road SUV and made it fun in the summer. i think thats just another sign of how they tried to cross every T, and dot every I.

TRUNK:
TONS OF SPACE! gotta hand it, to the engineers. they gave you a ton of space, and pockets to put stuff in, under the trunk. (the spare is under the car- THANK GOD, because the last thing id want to do is to have to take all my crap out, just to get the spare tire out. ahum- cough cough ROGUE) 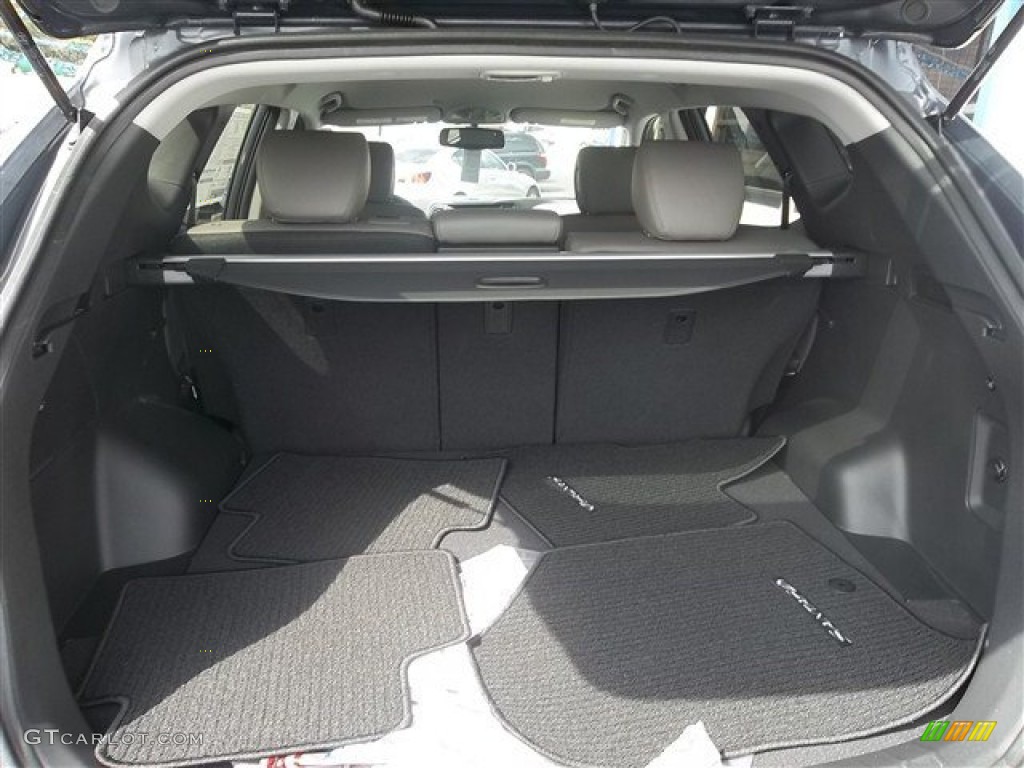 as it stands, these are the major features that the rogue doesnt offer(no matter what trim you get) that the SF does offer take a look at these pics: amazing roof (only comes with the navi-tech package though) rear seats have functioning headrests, and the side supports of an almost bucket seat.

space 1, with all the spare tire accessories.

Looks like you got a fantastic deal for the money! way to go

I absolutely love our Sorento so far. It's amazing how many high end features you get for the pricing point on them. I didn't even realize that the rear seats reclined and moved until about a week ago

I wrote a review on ours not too long ago too. We've only racked up 2,700 miles on ours so far though, but no complaints yet. Well except for Kristen telling me she knocked the hood release loose last night somehow...

im a total Hyundai/KIA fan now. my neighbor took me for a ride in his kia optima turbo - DZAAAAAM son... interior was exactly how id expect the updated, modern, functional, sleek, sporty hyundai/kia to be, and the power was awesome. all around a great car. its his second in a row.
Top

Hey Nissan - Are you paying attention?

nissan needs to wake up fast. they are loosing customers simply because they hired a bunch of "yes sir" employees versus those with testicular fortitude who can say it how it is, and help lead the company down the right path.
Top

There are recurring gripes from those above the northern border that the ROGUE heater is inadequate. While the AC is felt to be lacking for those in warmer/humid areas.

Can you give us an idea how the climate system in your HYUNDAI SANTA FE is performing?
Top

super cold, from what i can tell right now. it wouldnt be fair to test its heat to be honest.
Top

ImStricken wrote:nissan needs to wake up fast. they are loosing customers simply because they hired a bunch of "yes sir" employees versus those with testicular fortitude who can say it how it is, and help lead the company down the right path.

Wait til you read my review of the 2014 Versa Note

Hey Nissan - Are you paying attention?

nissan needs to wake up fast. they are loosing customers simply because they hired a bunch of "yes sir" employees versus those with testicular fortitude who can say it how it is, and help lead the company down the right path.

Maybe the engine used in the Rogue is tuned for lower RPM power, more torque. It is heavier and more people will hook up a small trailer to it compared to an Altima.
Top

Hyundai has come along way in the last 10 years, they have some good products on the road today
Top
Post Reply
11 posts • Page 1 of 1