Your stop for everything on Nissan's performance brand. Whether you're looking for info on the new Sentra NISMO concept, the GT-R NISMO, 370Z NISMO, or just some of the many NISMO branded parts - You're in the right place.
Post Reply
9 posts • Page 1 of 1

Ever since Nissan's press conference a few months ago, there has been speculation about what is under the cover... but it has been picking up lately

Over at http://www.mulsannescorner.com/. Claiming insider info, the speculation is a front-engine car with a Cosworth-sourced F1-derived V6 mounted transversely and powering the front axel with KERS powering the rear axel. About 600hp from the engine and 1000+hp from the total system. According to their source, there are transmissions at both axels. No rear spoiler. Drawing looks like the Batmobile.

Jalopnik is also claiming some insider info on a front-engine car http://blackflag.jalopnik.com/exclusive ... 1673335696. They also are claiming a front-engine turbo V6 of 2.0l. 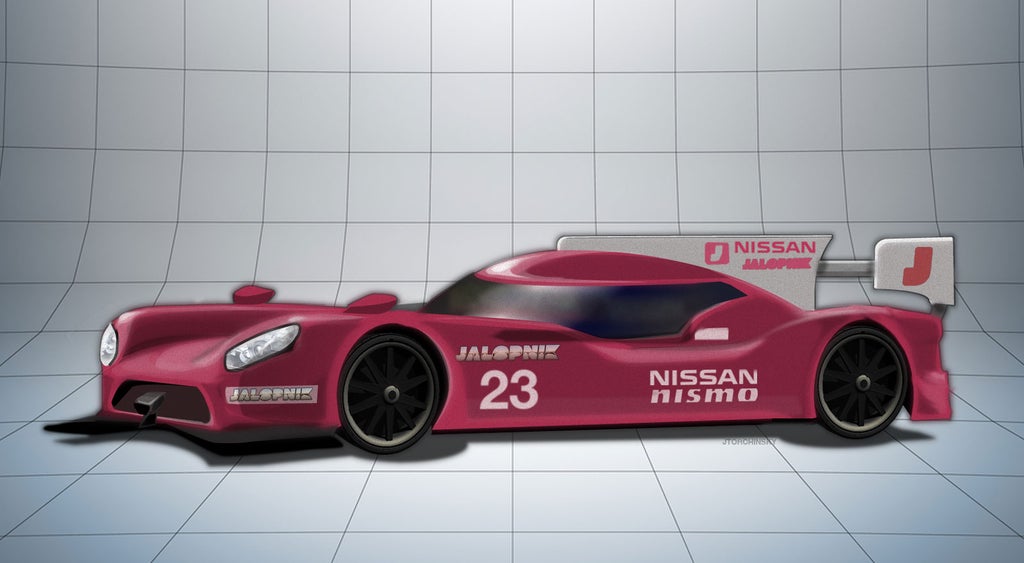 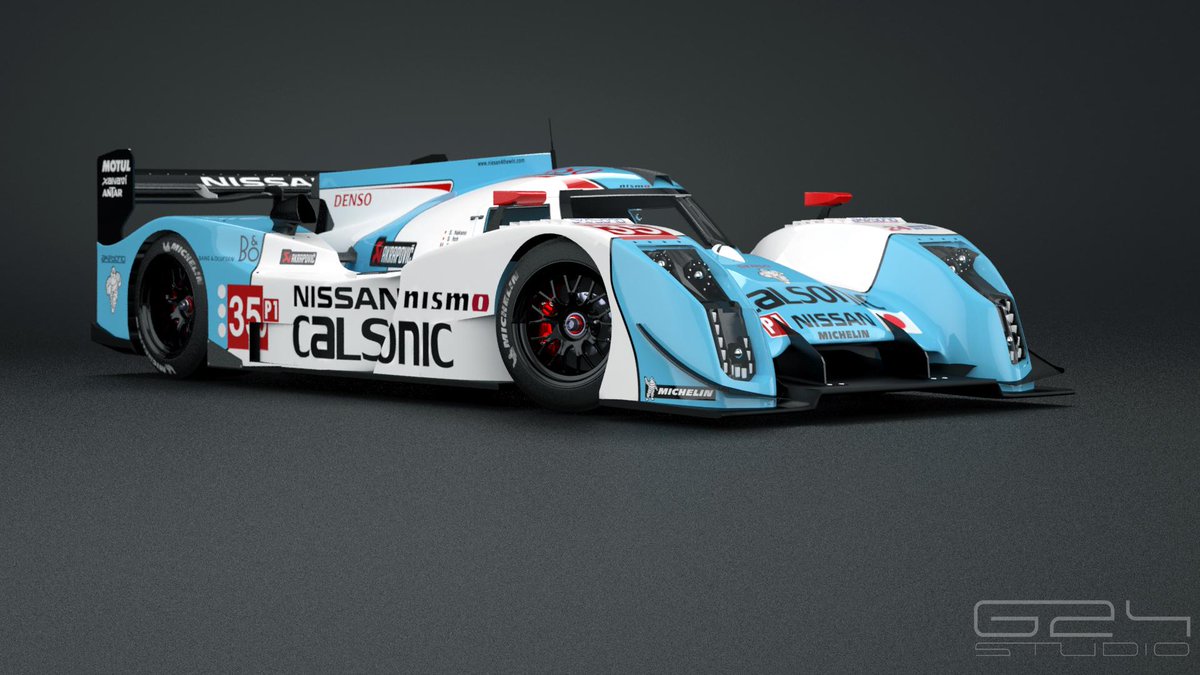 It would be cool if any of that made it into any production car in the near future.
Top

A front-engine car seems unlikely at first, but the GT500 cars at Fuji were faster in qualifying than all the WEC cars except for the LMP1 hybrids. And the NR20A is compact and around 600hp, so it could potentially fit the bill. Take that as a foundation, liberated from the comparably strict SuperGT regulations, with some KERS added on, and it could make a competitive LMP1 contender. And when you consider that the ZEOD's engine weighed half as much as the driver or full fuel cell, something similarly compact and light could easily go up front.

For some more speculation... If you look at the car under the sheet, the cockpit appears off-center. This would indicate a front engine with a driveshaft going to the rear axle. In addition, the claims of having a transmission at both ends could indicate a PTO-style AWD system, similar to the FF. IMO, using a CVT to vary ratios on the front axle rather than constantly slipping clutches could be a good application of the technology.

I also like the idea of two unitized block and head units from the ZEOD joined at a single crankcase (v6) with a transmission at both ends. Could end up around 150 lbs with up to 800hp. And it would remind me of what Miller did with his underdeveloped/underfunded but promising v8, four wheel drive car from over 80 years ago... but with better funding, better tires, better aero, fuel injection, composites, KERS, etc. 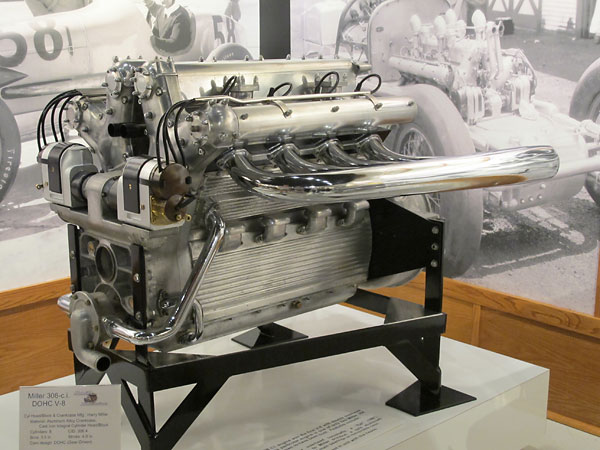 Of course, I am speculating with no solid basis for thinking this would really happen. But it is fun to think of what might be possible.
Top

Jalopnik has some initial images and video of the car in testing...

Dude, it IS the batmobile.
Top

1400-2000+ horsepower for the total system (including KERS, presumably making up good chunk of that number)
Engine only powers the front wheels (why the front tires are larger)-- this also seems likely given the low cockpit making a centrally located driveshaft difficult.
Rear wheels get power only from KERS
Engine may not be Cosworth-based, although they were consulted
Large tunnels through bodywork from front to the rear to create more front downforce (you can kind of see what they are talking about above the rear diffuser, which can have a max height of 8")
Top

Nissan GT-R LM NISMO
The Nissan GT-R LM NISMO is the ultimate Nissan GT-R, the purest expression of innovation that excites. Competing in LM P1, the premier class of world sports car racing, Nissan's Le Mans car is like no other car before it. A truly global effort, the GT-R has been created by a team of carefully selected experts in Japan, the U.S. and Europe. Unlike other LM P1 cars, the GT-R's V6 3.0-liter twin turbo gasoline engine sits in the front of the front-wheel-drive car, while the hybrid power is harvested from the front driveline to augment acceleration.

Nissan heading to Le Mans with 1,250-hp GT-R LM Nismo
Introducing the GT-R LM NISMO - This is the Nissan NISMO entry to the 2015 Le Mans 24 Hour race, in the LM P1 category.
SUBSCRIBE to NISMO.TV to find out more about this amazing race car: http://goo.gl/MEgn6

According to Top Gear, this car is running with the predecessor to the next road-going GTR engine. Same power at 6500 with 1/3 the fuel burn... (likely capable of much more power if conserving fuel isn't a priority). I want to see them take this engine apart.

...it revs to the same as the road-going car - 6,500rpm - and is truly an early ancestor of what will be a future Nissan GT-R engine."

He explained how racing has helped fast-track the development of this unit, which is proving to be one of the most reliable components on the LMP1 racer. "I think it's very important development that we shortcut by going racing. We prove that you can do an incredibly efficient and very powerful engine - we have roughly the same power as the road car (around or just over 550bhp) but burn about a third of the fuel doing it.

"Actually it's very important that things like racing do help change people's perspective," explains Ben, "and that having a more fuel efficient car is better for the environment and less wasteful."

This could be game-changing for the R36 GT-R. I'm officially keeping a close eye on what happens with this thing.

Have you seen the LMP1 in full carbon-fiber guise yet?
Top
Post Reply
9 posts • Page 1 of 1