A general discussion forum for G35 and G37 owners and a great place to introduce yourself to the NICOclub G-Series Forums!
Post Reply
3 posts • Page 1 of 1

So about a month ago I got rear ended in the wife's G, and finally settled up a total loss claim with State Farm today. 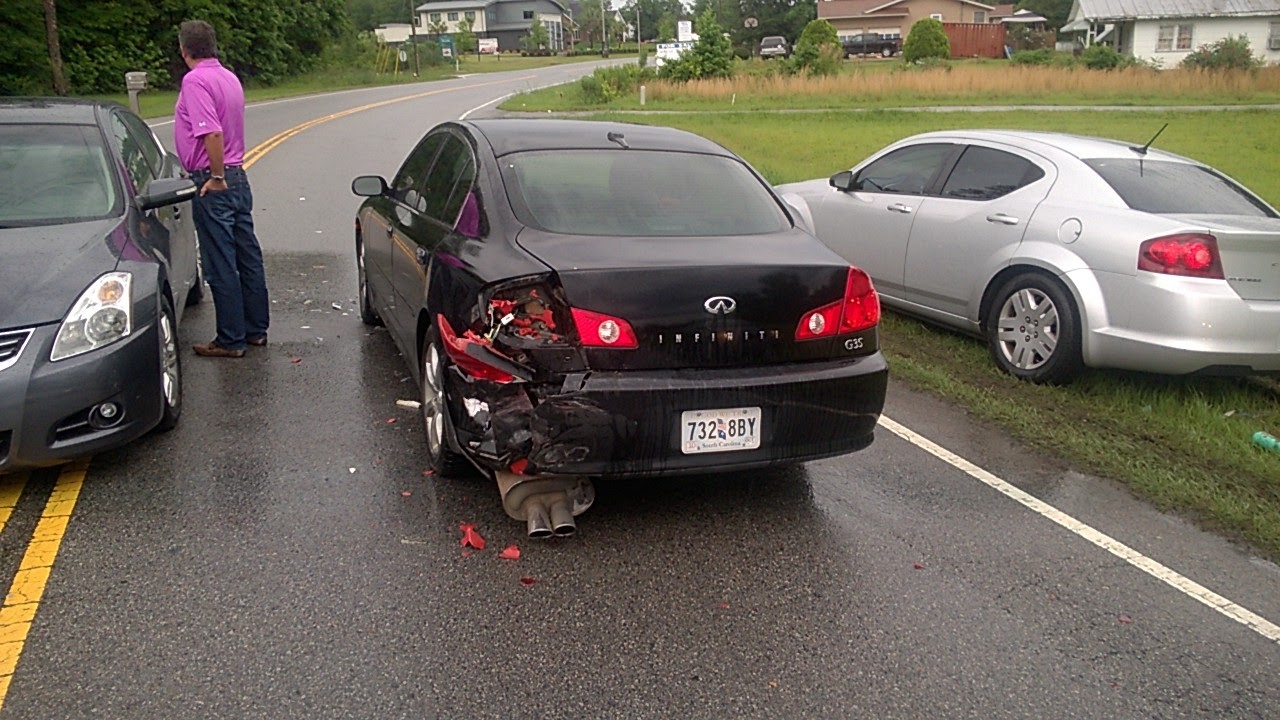 I didn't post in the G area too much, but that's mostly because the G has to be overall the most reliable car I've ever owned. In over 11 years of ownership at about 168K logged, she saw the shop twice. Once to have bolts in the X-Brace behind the back seat tightened to stop a sqeak, and for a couple of TSB squeak and rattle issues- and once to have the driver's seat track replaced under the extended warranty. As far as actual mechanical failures, I had to replace the radiator, one camshaft position sensor, and a front wheel hub assembly. Had I kept it, I would have needed to address a front ball joint that had a torn boot, and "VDC Off" and "SLIP" lights that were stuck on. The gas gauge also didn't work right for several years. Everything else was normal fluid maintenance, and wear items like brake pads, tires, and batteries. The biggest disappointment was that the clear coat on the paint started failing a few years ago, so the car looked like hell - but mechanically that car was rock solid!

We replaced her with a soul-less Toyota, the first non-Nissan product ever titled in my name. With a second child on the way, we needed more room, and a 4Runner made sense. The wife couldn't warm up to the MallFinder, the QX60 depreciates too fast, and the 4Runner has a history of holding it's value well. I miss the throttle response and handling of the G every time I drive it.

Sorry to hear. For the 500 dollars that the insurance companies actually offer to keep the car, I would have kept it and fix it and have it as a back up car. The insurance company recently totalled a Corolla I had for a bumper damage far less than that one. Then they offered 500 to keep the car, which was running perfectly. I kept it and fix it and got 2000 dollars more for it.
Top

I considered keeping it for a part-out, but I need another project now like a need... well, you know the saying. Two flip houses, and another one for my Mom a few doors down that slaps me in the face every time I look out of my window "finish me!" - and a kid on the way who needs a room, and furniture. So something had to go. I bought it back for $618 and sold it to www.damamgedcars.com for $750. I tried selling it as repairable, but the Craigslist yahoos were not biting this week.

The settlement was particularly generous, with zero arm twisting on my part... State Farm valued it at over $6100, and paid for a month of loss of use (what they would have paid for a rental if I had picked it up), sales taxes on a new car, and plate fees - so I cleared about twice what I hoped I would selling it private party. We actually bought the 4Runner on the day before the accident, so the G was on it's way out either way.
Top
Post Reply
3 posts • Page 1 of 1