For discussions pertaining to science and engineering and science-related topics.
Post Reply
11 posts • Page 1 of 1

Just list your favorite scientist and why you like them. If you have time, throw in a picture

Bill Nye - Got me hooked on asking why! Also great spoofs of songs in his episodes 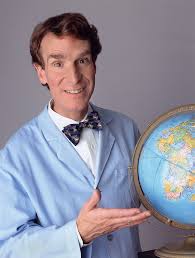 For some reason I like Stephen Hawking alot even though alot of scientists dont. But its probably because his mind is so incredible that he doesnt need pencil and paper to figure out the gross math behind black holes.

Along with Carl Sagan

But man I wish so bad that I could have watched Einstein in action...
Top

Bill Nye for sure, just cause he makes learning fun, at all ages, and he definitely sparked me asking questions and reading science books as a kid.

More recently I've come to like Neil DeGrasse Tyson. He's becoming a big advocate on the importance of NASA, along with Bill Nye, and is a great public speaker. Because he is a scientist who is working on stuff that I enjoy reading about ... string theory. Brian's books on the topic are excellent for my "layman" skills in physics.

Because he is a scientist who is working on stuff that I enjoy reading about ... string theory. Brian's books on the topic are excellent for my "layman" skills in physics.

bigbadberry3 wrote:I'm reading the fabric right now and it is very well written

Definitely very good, but I like his "The Elegant Universe: ... " a bit better.

Right now, I am halfway through his latest book on parallel Universes "The Hidden Reality: ..."

It is pretty intense going, so I am reading it on plane trips (I travel a lot for my work).

That might be the same girl I was thinking of. Definantly hot, and smart. On the subject of Bill Nye.
We need a celebrity deathmatch of Bill Nye vs Bill Nighy. They're both awesome. One of them is not a scientist ,though a character he played IS an expert in Bistromathics...
Top

The inventor of modern Carbohydrate Chemistry as we know it.
Also developed processes for making gunpowder in the absence of rich natural nitrate sources.
Developed the first modern Gas Mask filter (activated charcoal In World War 1)

Sadly he committed suicide after both his sons died on the western front.
Top
Post Reply
11 posts • Page 1 of 1