Hello all, I am considering taking on a slightly major project, that many would probably find insane. But considering the circumstances, I think I'd be better off tackling it. I have a 2006 M35 Base, with absolutely NO options besides NAV. No BOSE, heated/ventilated seats, rear view camera, HID, nothing.

Now, I know most would say that it'd be easier to purchase one with those options, but considering that my car is paid for, it'd be cheaper to add them. Yes, time consuming, but cheaper. With that being said, I just want to know the easiest route to take, in regards to the dash board removal. I have a general idea on how to do it, but I wanted to ask for some expert, or even near expert advice on how someone may have done this. And yes, I have searched, but got results on how to remove items within the console but not the entire dash unit.

If anyone has any advice on how to accomplish this task, I'd greatly appreciate it! And I'll be sure to keep everyone updated (if anyone is interested of course) on how the project goes.

I think the details for removing the entire dash should be in the FSM:
https://www.nicoclub.com/service-manual ... M35/ip.pdf

Just wondering, have you looked into ALL of the parts necessary for this upgrade?
https://www.infinitipartsdeal.com/parts ... isual.html 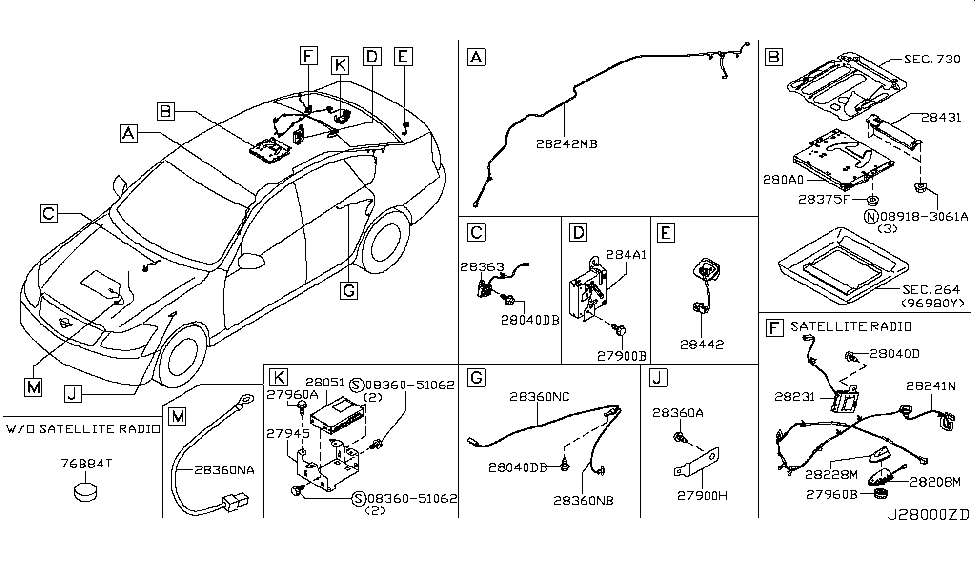 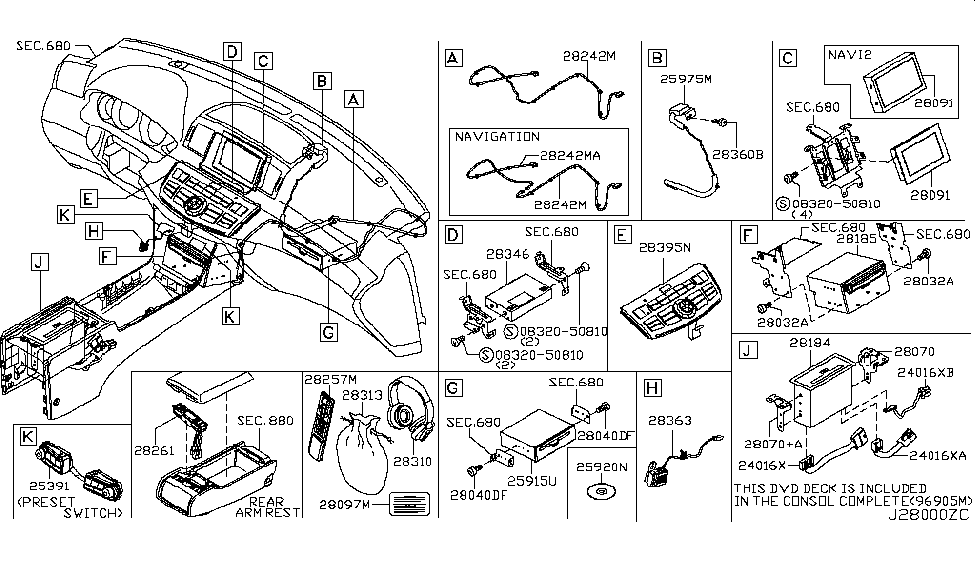 Hello. Thanks for that!

Yes, I have looked into it and I THINK I'm up for the task lol. Luckily, I have access to a few M's that have the options, and can pay close to nothing for each part. I think my main concern is how the harnesses are being ran from the engine bay to the interior. But hopefully after the dash is removed. It'll be more revealing.
Top

Do everyone a favor and document your work in progress. Take pictures whenever possible.
Top

My concern would be the integration of the ECU with any options. Make sure your ECU has the same part # as the ones in the "loaded" cars.
Top

So first off, let me say that it was an ABSOLUTE success. Well, sorta anyway.

Basically, my M35 is an 2006 Base with the only option being Navigation, and nothing else. I took the liberty in adding a back up camera, the 2ch BOSE, AFS, Heated/Ventilated front seats and Pre-Crash seatbelts.

I will say the BOSE sounds much better than that basic system. But still lacked low end, which I already had a set of 12" in the trunk. Overall, I am pleased with the system.

NOW, I did get the camera control module to work, however, in reverse, all I get is a black screen with "look back before reversing," or something to that effect. I traced everything down and I'm not understanding what the issue could be.

Also, for the time being, my heated and ventilated seats aren't working, and I know why. The main harness coming from the engine room needs to be replaced with the harness that includes those features. NOW. My question is, has anyone EVER worked on anything behind the engine, between what I assume is the first partition of the firewall, and the actual firewall itself? Its EXTREMELY tight back there, and I cannot for the life of me get that harness to come out. I don't want to cut it, but I mean............... Any input there would be appreciated.

Other than those two issues, everything else was flawless and easy (I did forget to plug the fuel level unit back in, and scared me s*** with the gas and SES lights on as well as a "empty" tank). It was just time consuming as hell! Definitely something I'd only do just this once, unless I had to do it again lol. It was somewhat of a direct swap as far as the harnesses are concerned, but being that I went from 06' styled harnesses to an 07, there were 2-3 modules that I had to bring over with the new harness. Save for the additional modules that provided the features I wanted.

Also for anyone looking to do this as well, note that when adding the pre-crash seatbelts, you have to replace the front seatbelts themselves as well as add the brake stroke sensor on the pedal. Unfortunately, my seatbelt light is flashing right now due to that lack of the sensor, due to me not being able to pull the harness that includes that connector.

I am not good at write-ups and how-to's, so if anyone has a question regarding anything, feel free to ask. And I'll do my best to assist! I have pictures, but I uhm... I tried to upload them and they said the files were too large lol. What do I do?
Top

Glad to hear it did not turn into a bloody nightmare. I reckon you should be on the list of gurus we seek when we have dash / sensor issue - sort of a 'roads scholar' LOL.
Top

I'd be honored lol.

But, here are some pics I took during the project.

My hands are STILL healing from this lol.
Top
Post Reply
8 posts • Page 1 of 1