I used these in a 2007 Ford F-150 Lariat, and they fit well. They were already setup (I didn't need to undo the set screw and realign them in the housing) so that the hoods are on the bottom and not the top of the bulb. 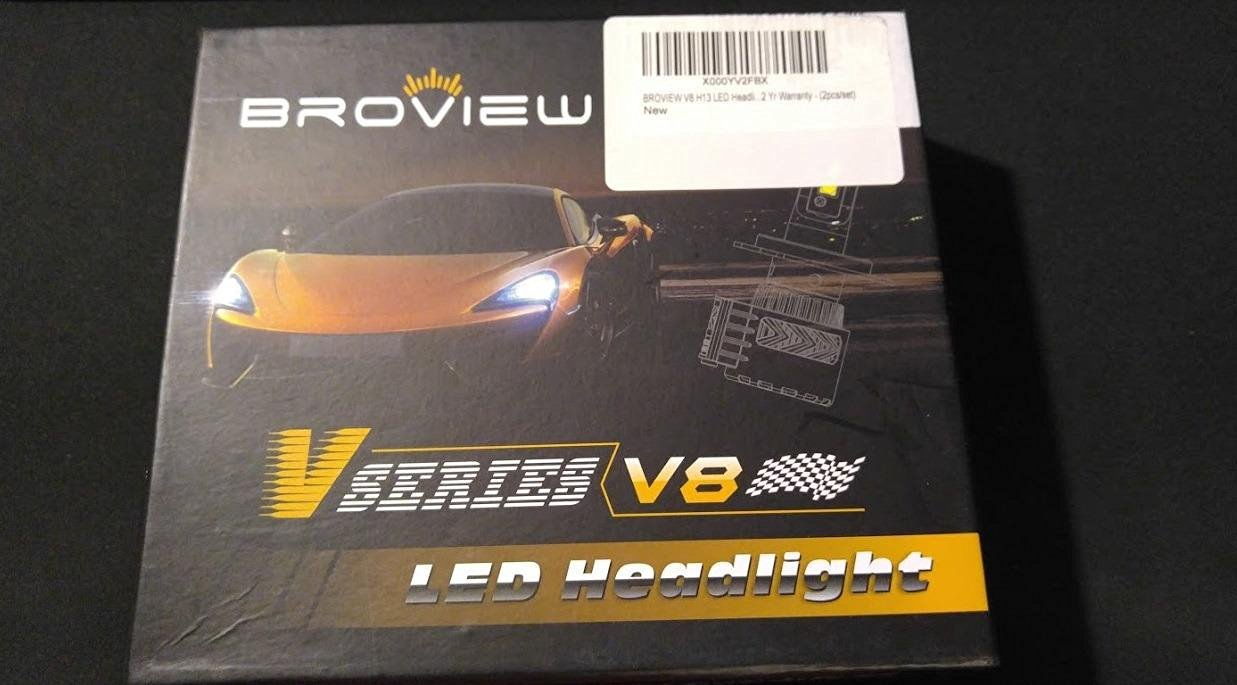 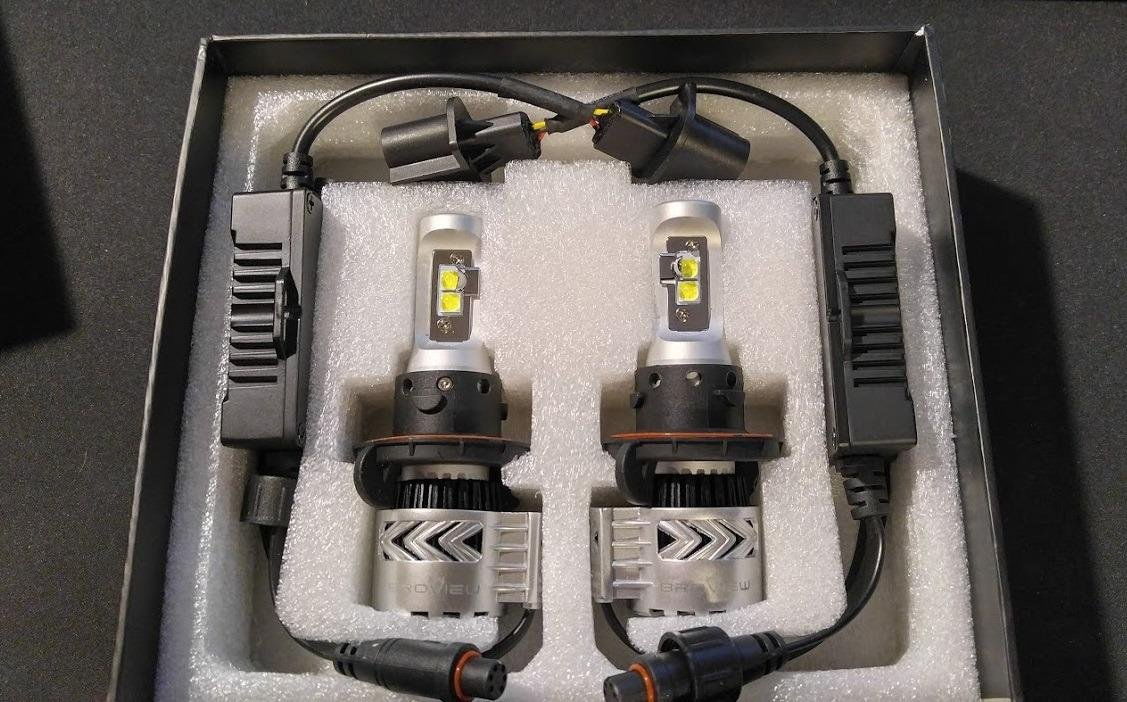 But let's take a step back. First thing's first, these are made for retrofitting old incandescent reflectors, that's why they have a hood, to give you a beam cutoff that unhooded LED lights don't have unless you're using projectors or LED specific reflector bowls. 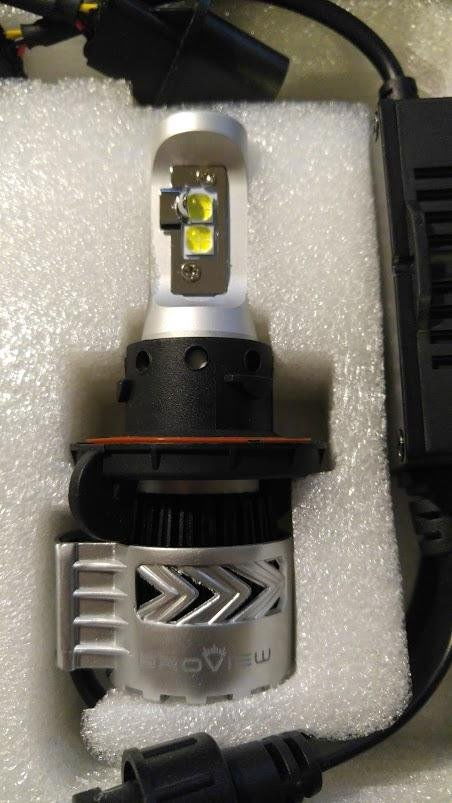 LED technology has come a long way in the last couple of years. There are OEMs using them that include special reflectors to project the light way better than old incandescent reflector housings, but my truck doesn't have one of those. It uses good old fashioned incadescent reflectors, so these were the best bet for me. I specifically got these because they're a retrofit style light, given that I don't want to install projectors just to test LED lights.

I'm not sure if these are truly rated at 6,000 lumens, all together, but it's easy to see why they could be. It's likely 3,000 lumens (1,500 per light) on low, and another 3,000 lumens on high. Like most LEDs, I'm sure that's measured at the diode and not at a rated distance from them, but they seem to work well given their application.

I've included a lot of different pictures to show you the difference between the stock positions when I was aiming the LEDs as compared to the incadescents (I did get them aimed lower than in the picture, but that's just where the light output was when swapping bulbs). I also put some pictures in there for the night shots to show the relative output of Sylvania SilverStars vs these LED bulbs. 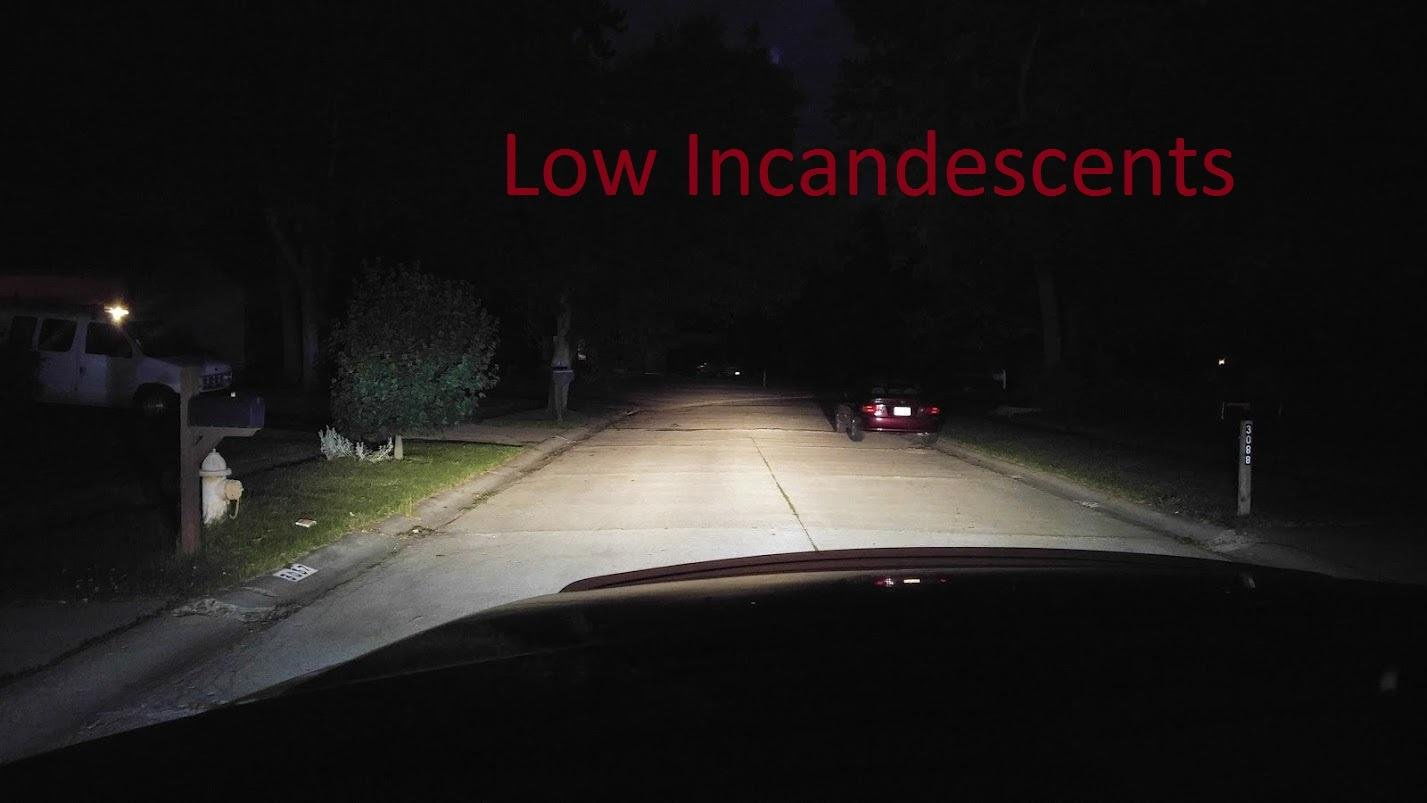 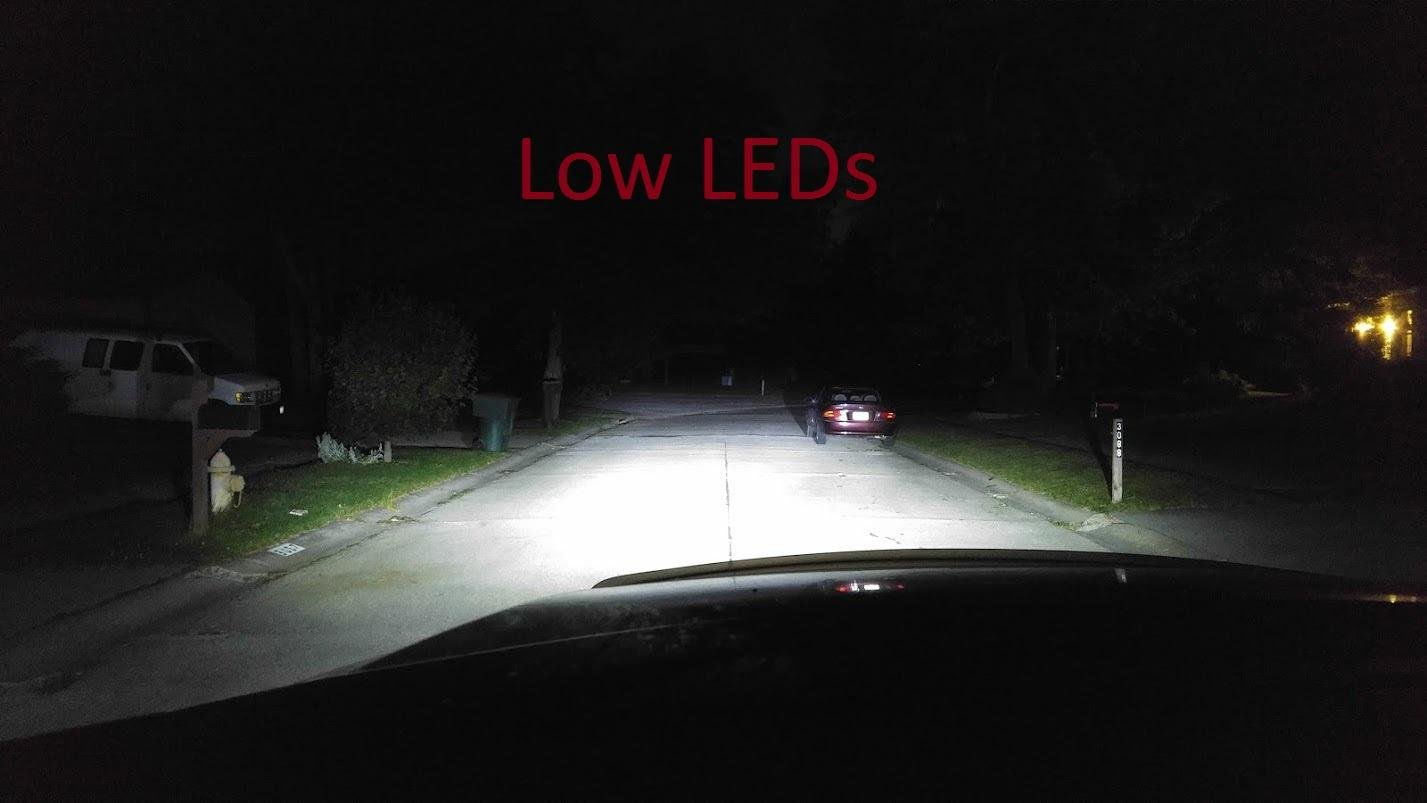 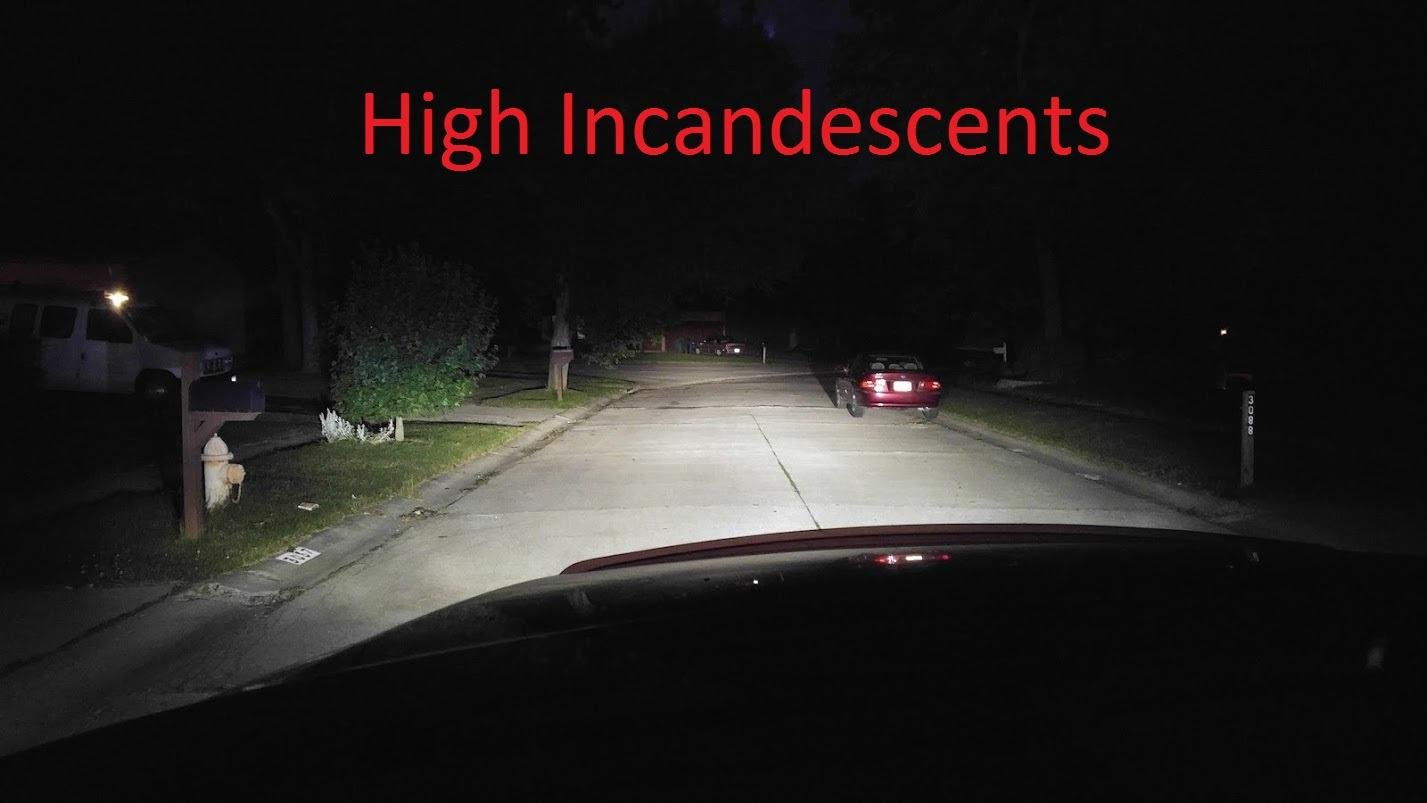 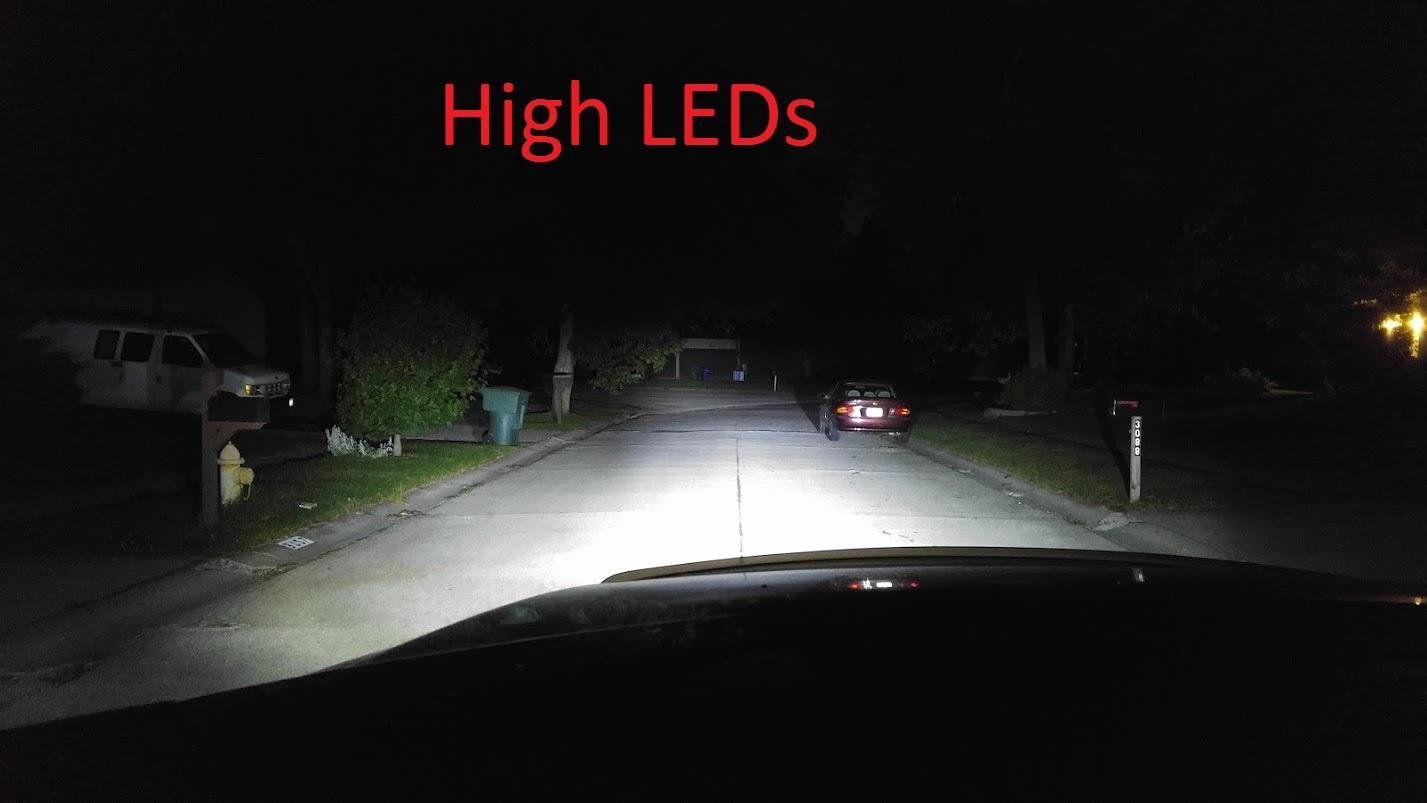 I also added pictures of all the connectors. The ballasts connect to the H13 plugs in the truck, they then connected to the bulb base (where the fan is attached permanently). Speaking of the fan being attached permanently, this can be a bad thing, because if the fan fails, you can't just replace the part. You have to replace the entire headlight, and that's a terrible design choice. But honestly, these things keep themselves cool, I'm just leery of the durability of the fan assembly. If it goes, this thing goes poof. 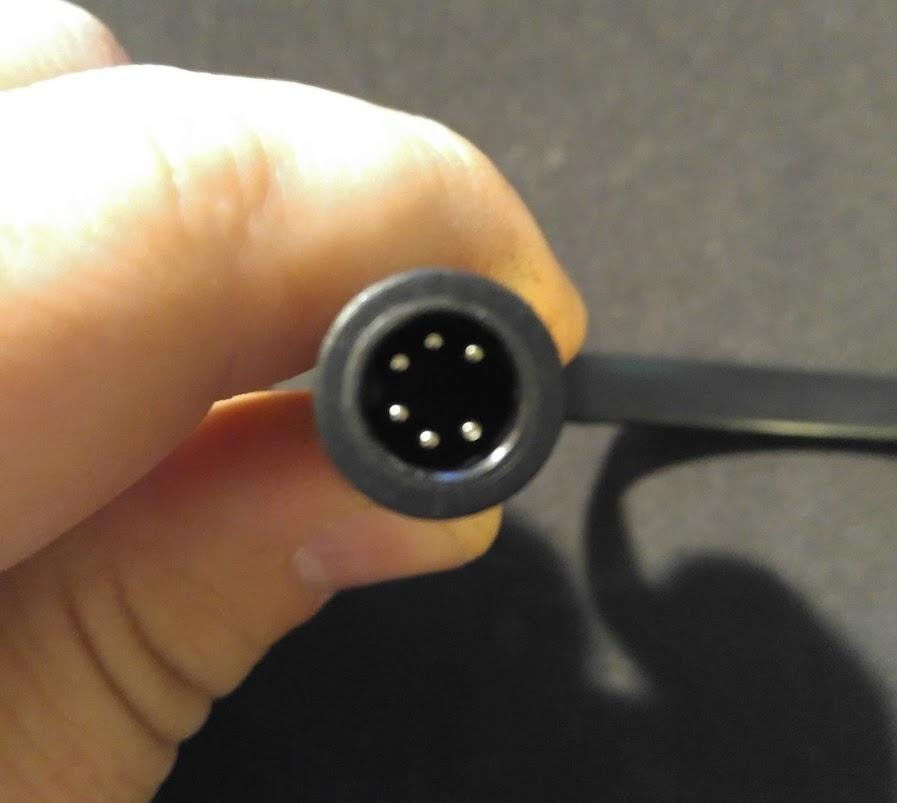 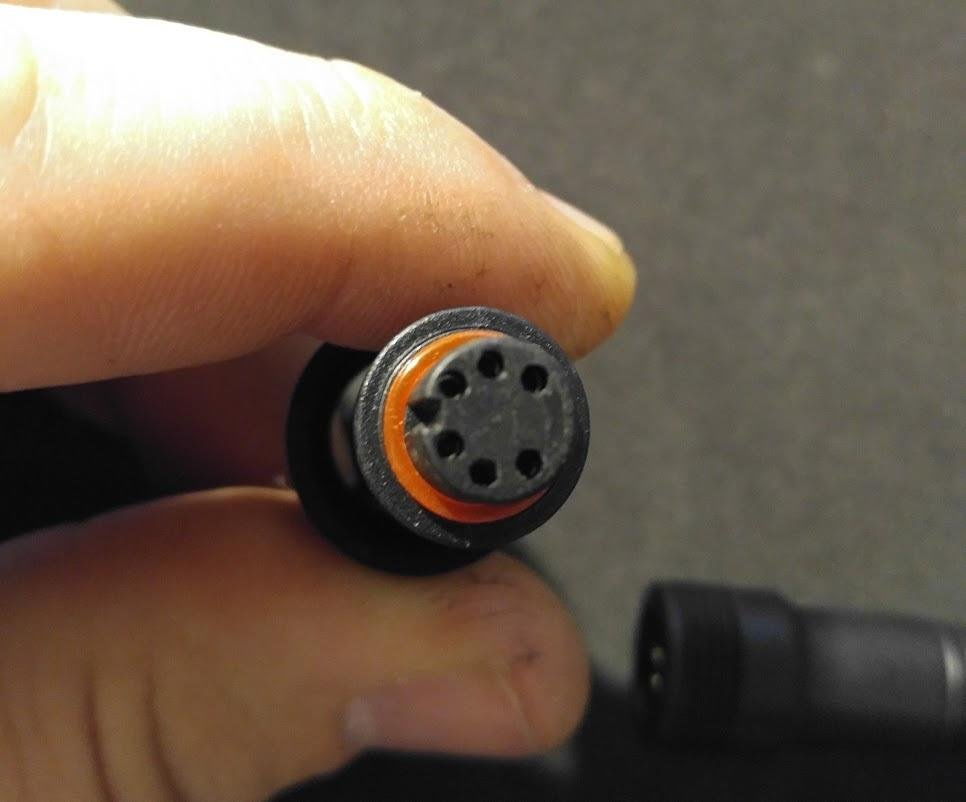 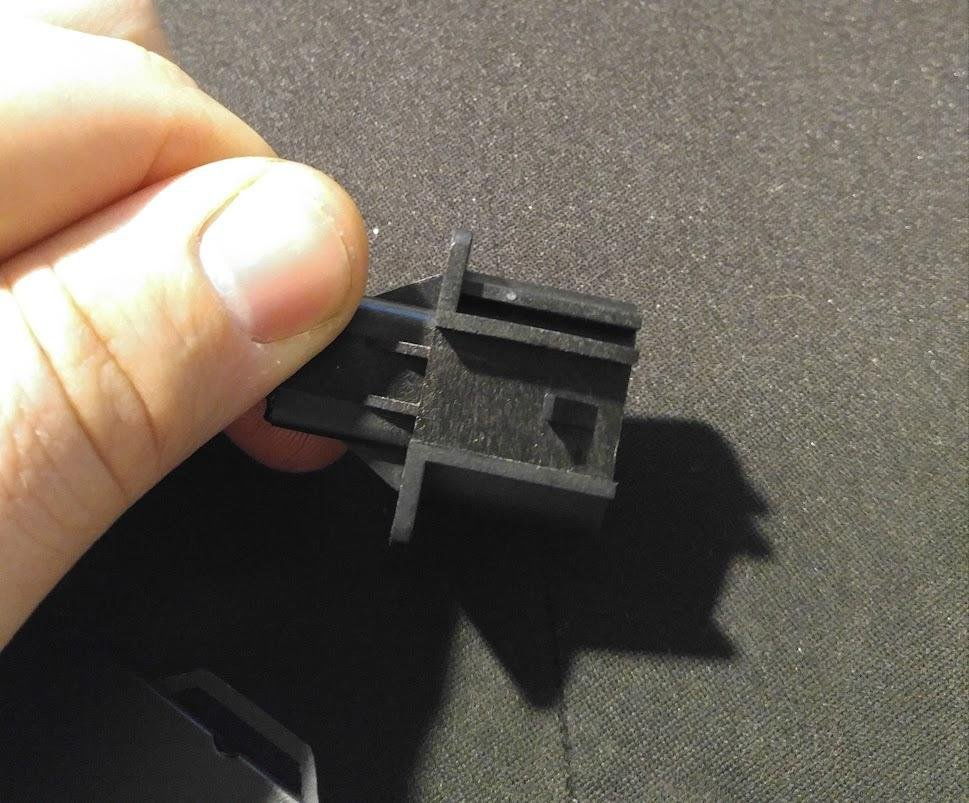 I also put in two pictures showing the difference between pure white switchbacks that I have installed vs these. I'd put these squarely in the 6000-6500k color spectrum given that the switchbacks are 5500k. I also made sure that the camera was adjusted for 5000k white balance (manual), so the camera wouldn't auto white balance when taking the pictures. 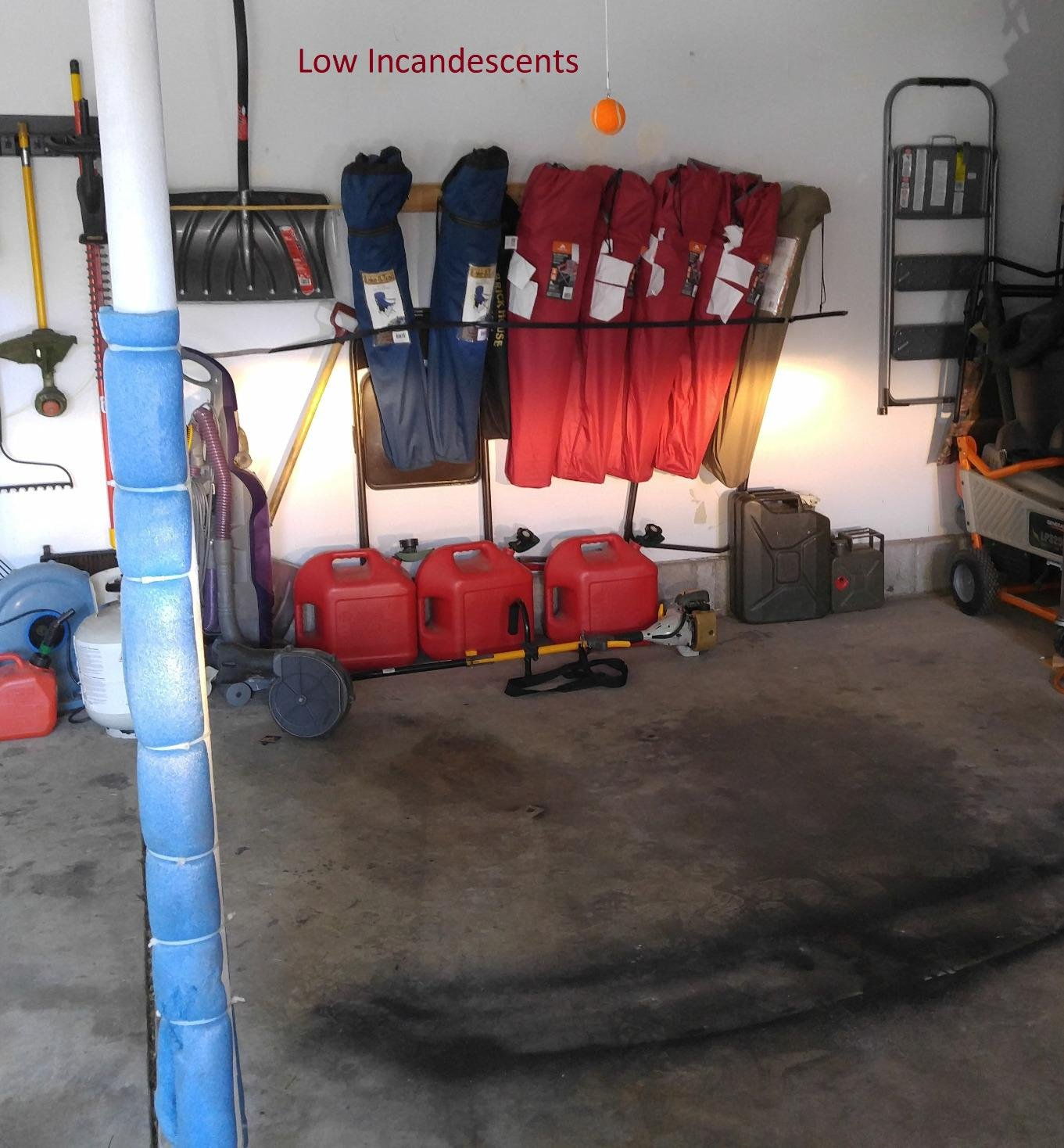 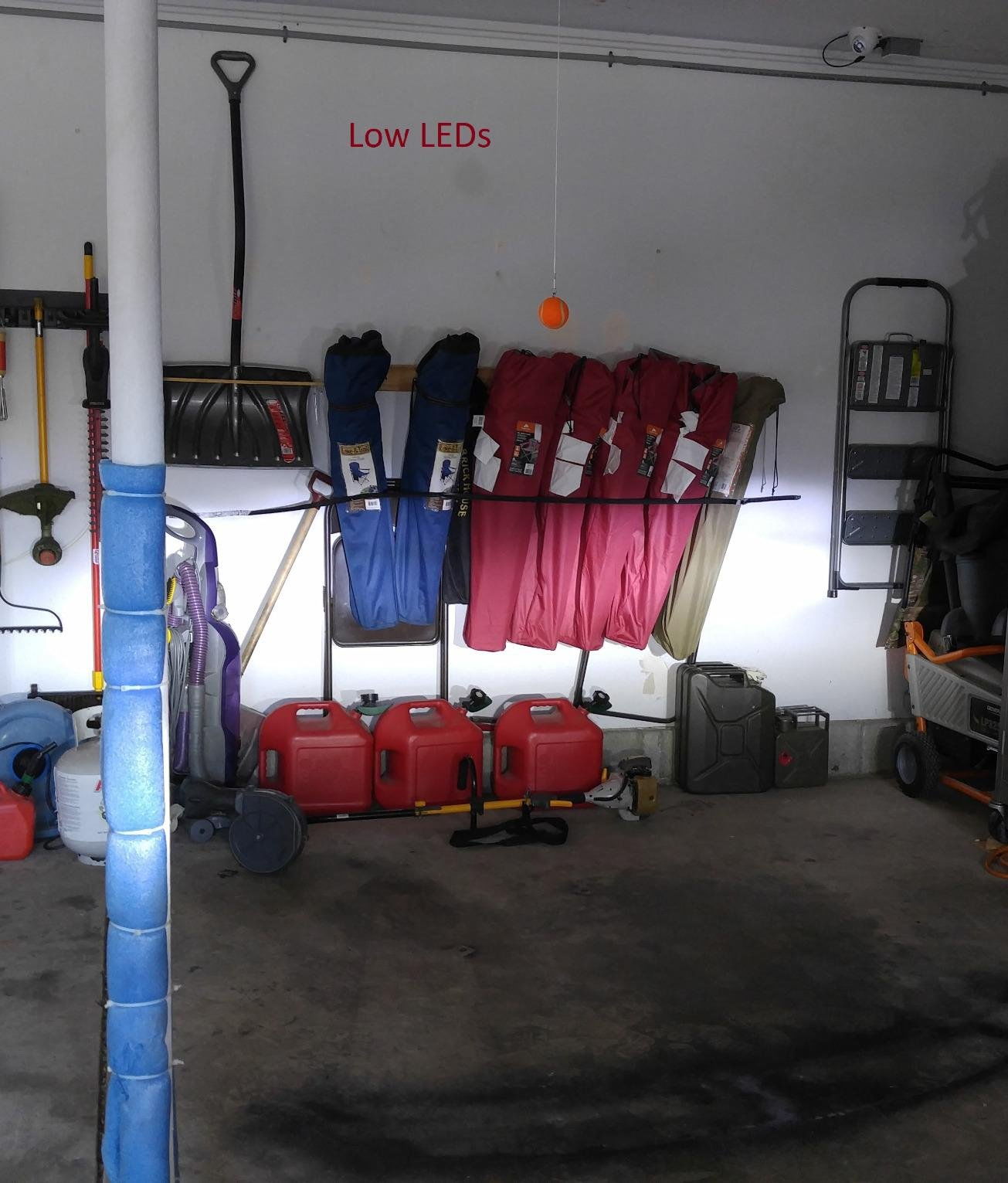 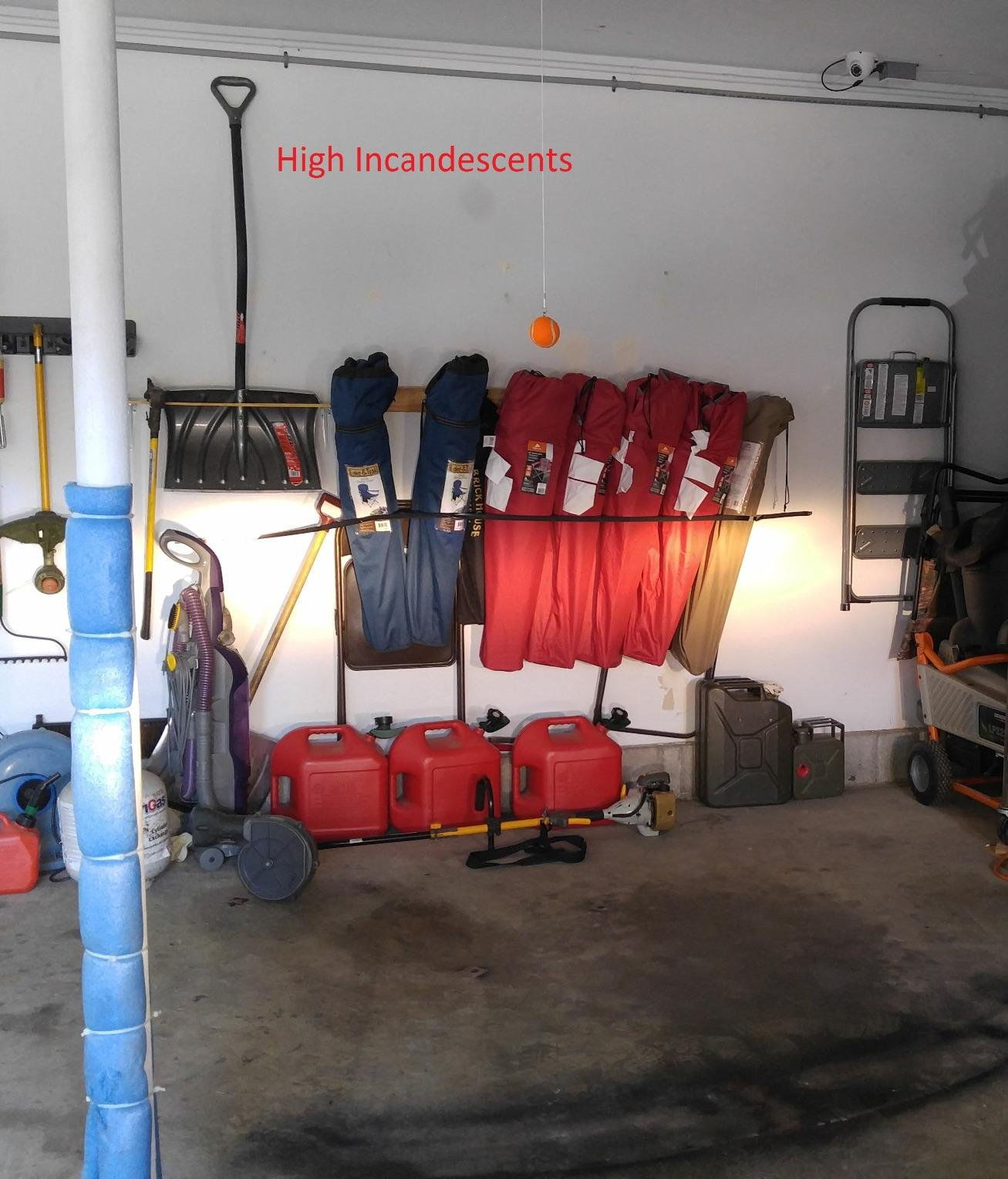 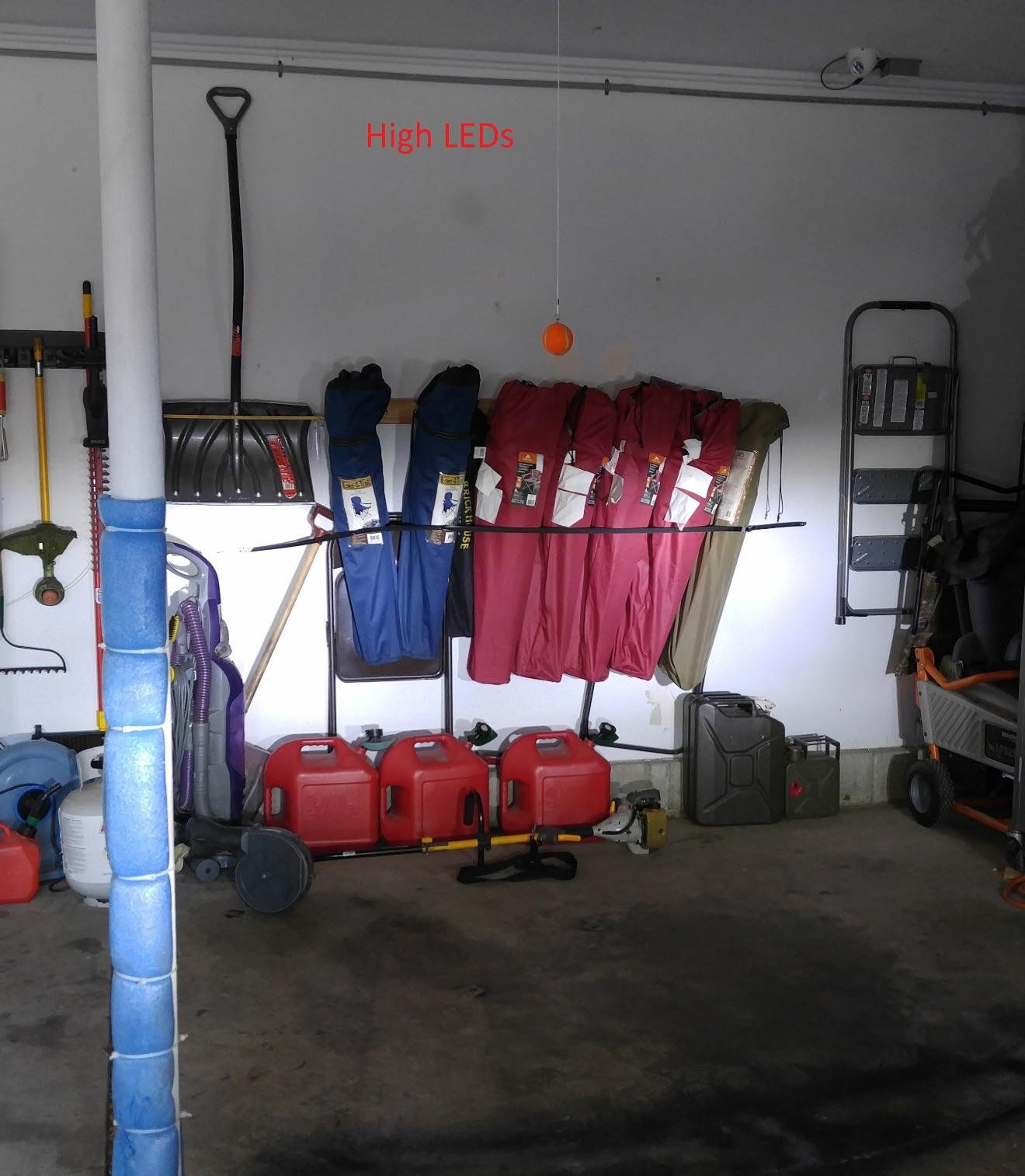 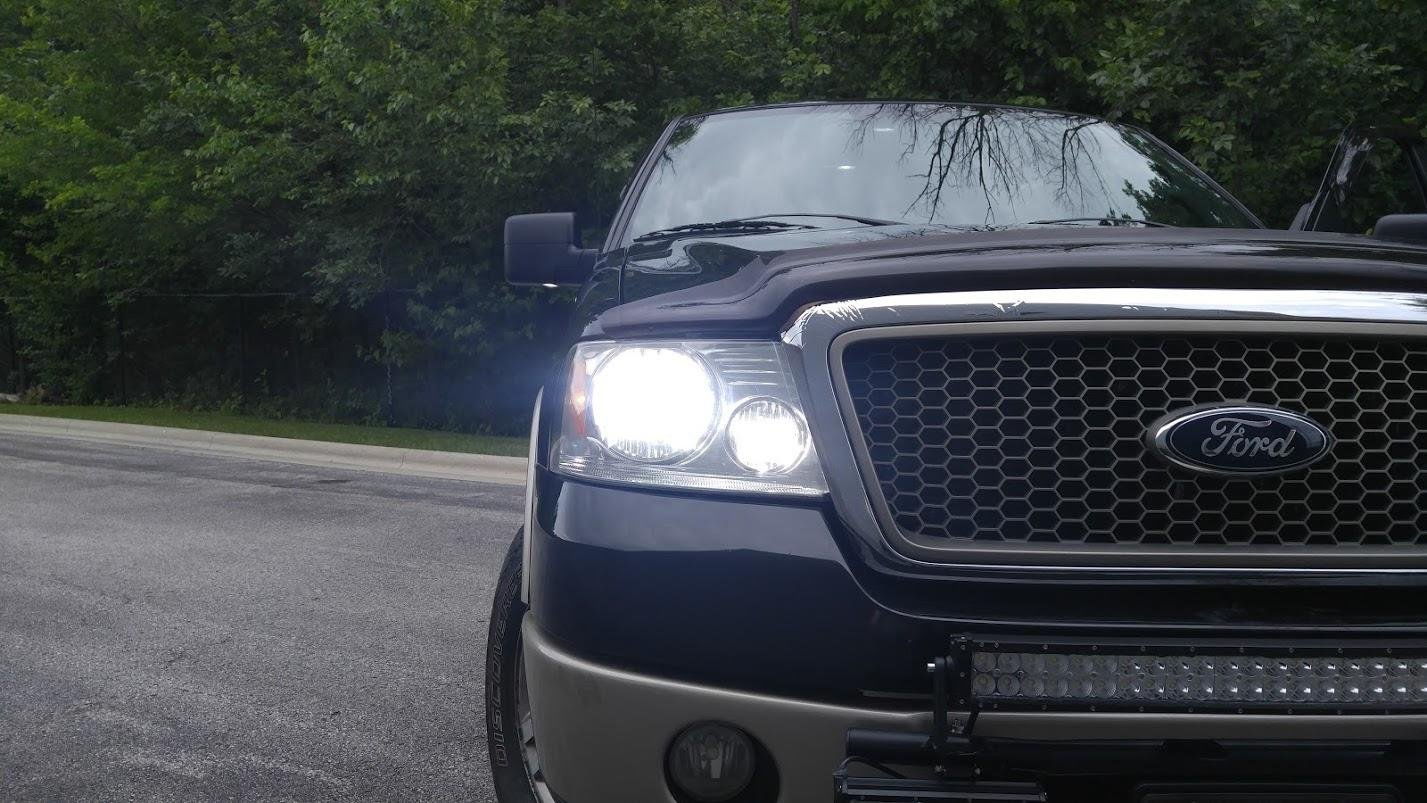 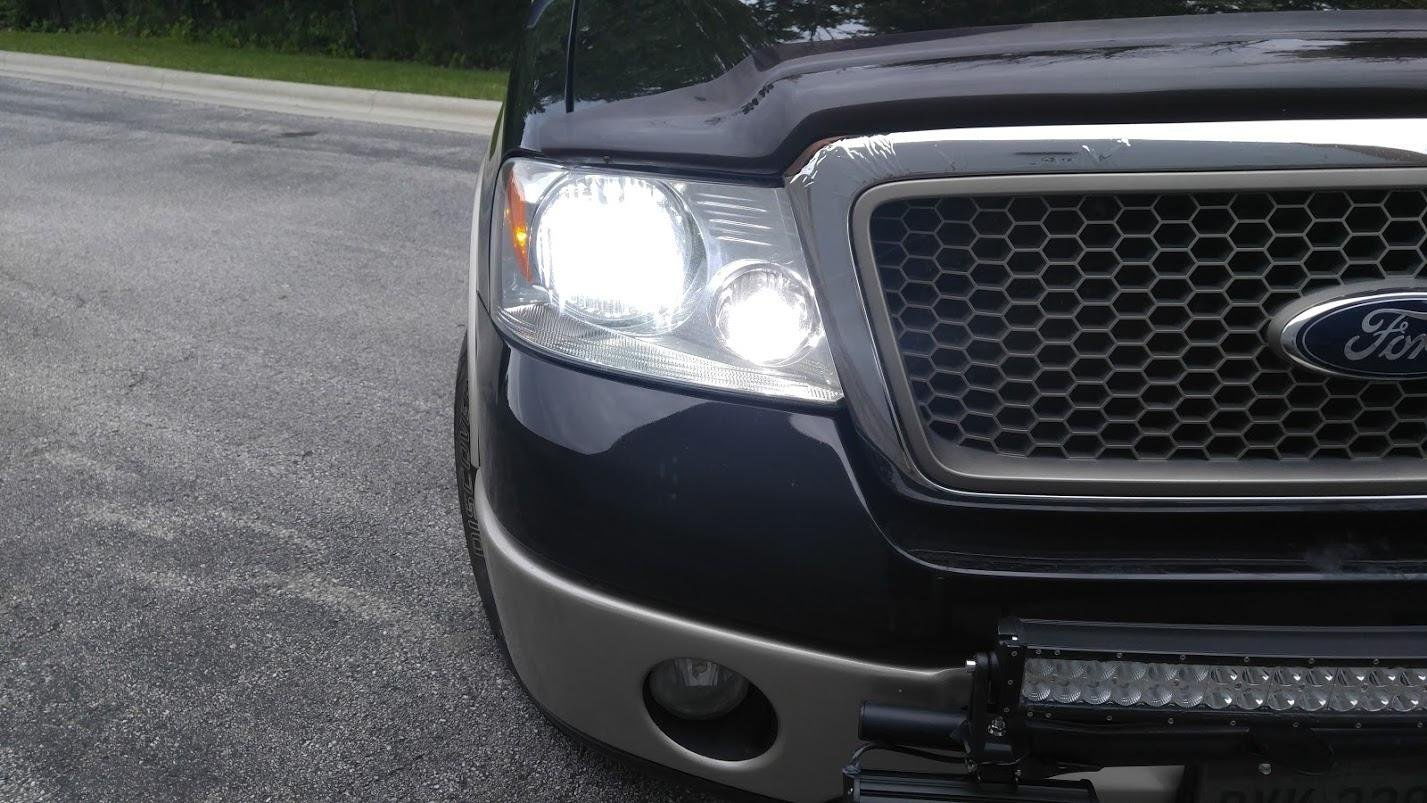