Installing mine now... not quite working right. Anyone else installed one yet?

I've installed a ton of KP modules over the years... not this particular one - but it is a legit company, and products work
Top

fat3oy wrote:I've installed a ton of KP modules over the years... not this particular one - but it is a legit company, and products work


Question Sir. Have you installed the auto door lock module or the "OK" navigation button bypass module from KP on a m45? Looking for a little help on installing these, Thanks.
Top

Okay.... here's the relevant wiring diagrams for my 2008 M45x. I'd guess that they are the same at least for the 08-10 models, but everyone should check their specific year before attempting this. The relevant sections of the FSM are BCS.pdf and LT.pdf

First let's install the KP tech module at the BCM.

Here is the combination switch matrix. You can see that the fog lights are controlled by Output 5 and Input 4 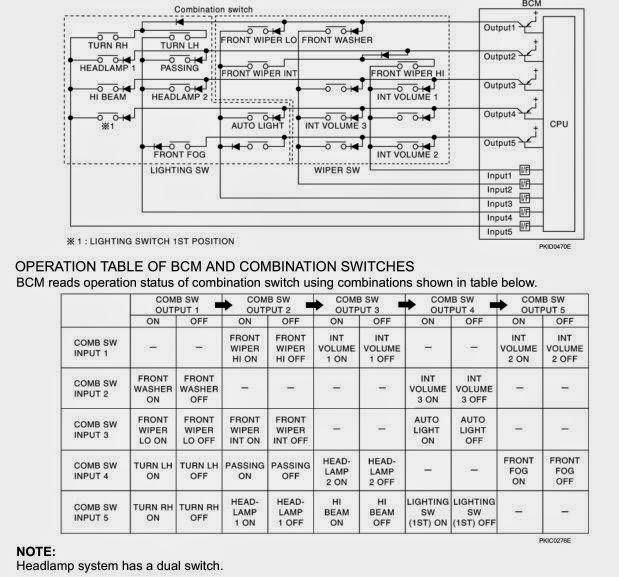 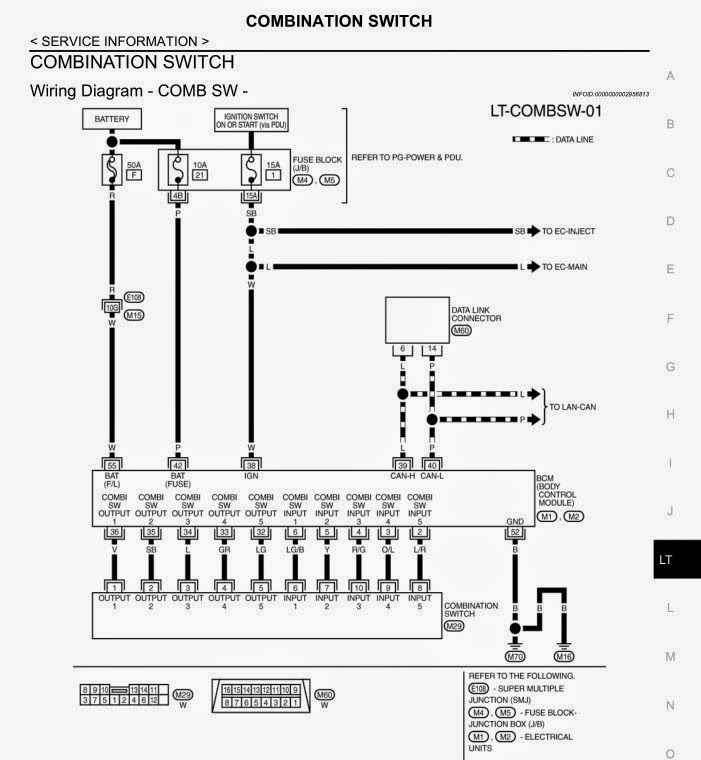 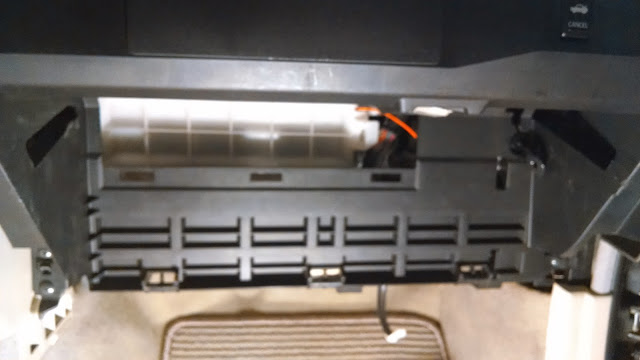 The BCM is towards the right mounted vertically on a metal bracket. It probably has a sticker on it that says Calsonic. The connector you want is the white horizontal one just under the sticker. 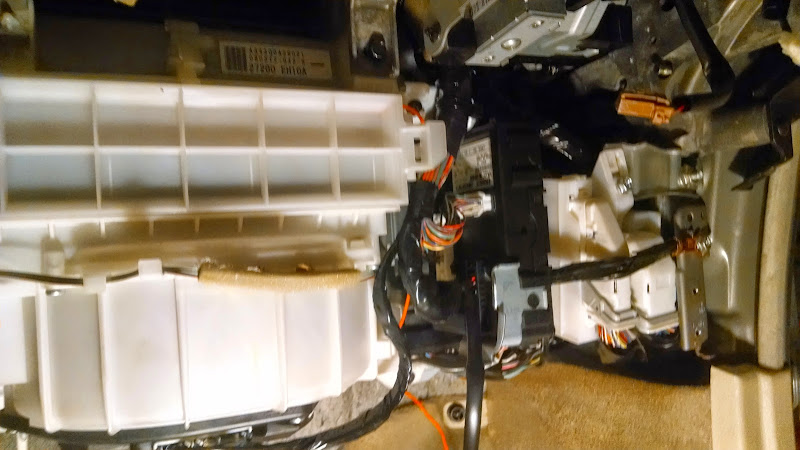 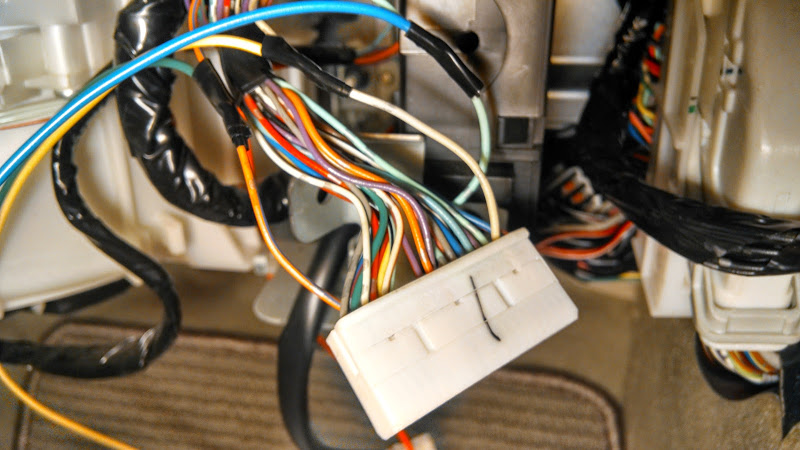 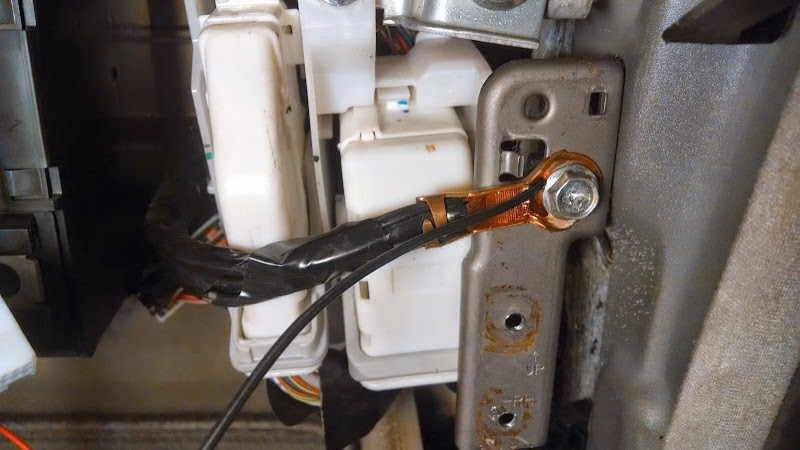 - Run KP Orange through the firewall. I just cut a small notch in the air filter housing and ran mine through there.

- Test the KP module before going any further. You should see a red LED light up right next to the connector when the fog light switch is in the on position and the ignition is ON. If your LED doesn't come on, double check everything.

Now for the under-hood stuff. 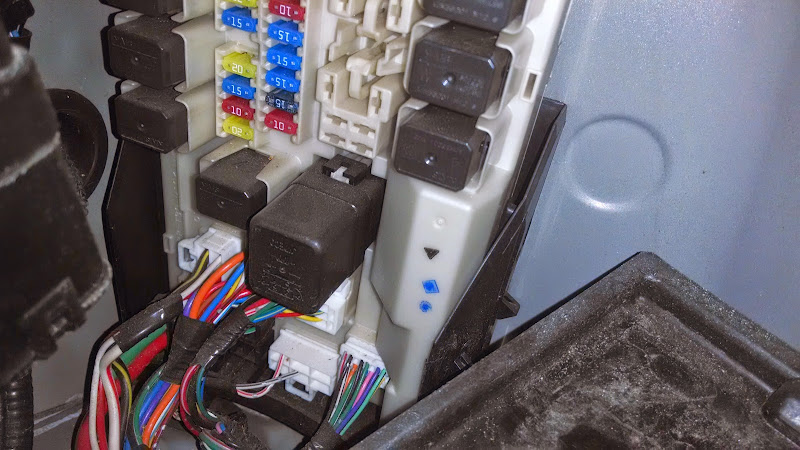 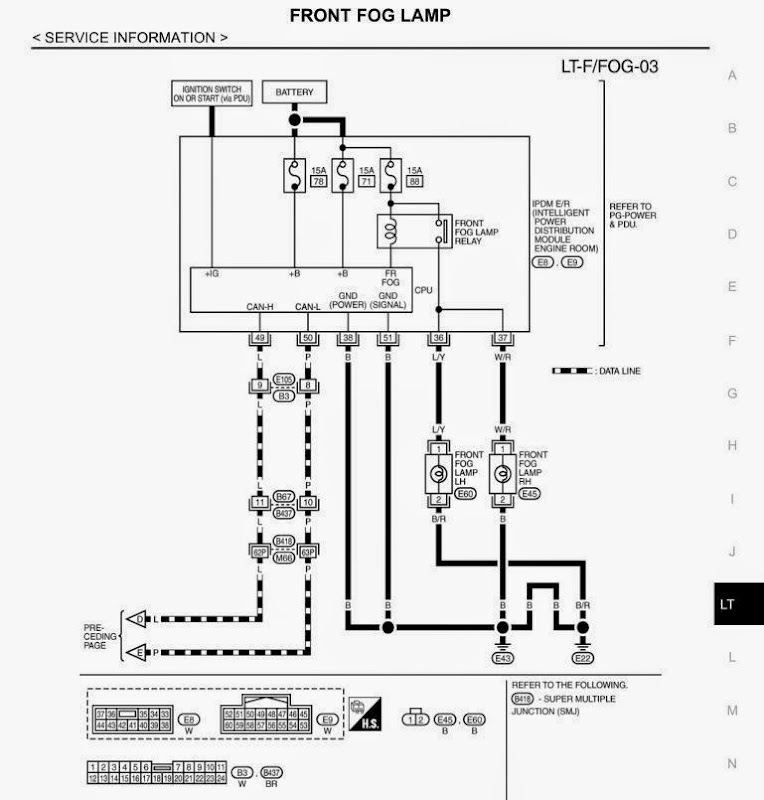 - You'll need to cut the two wires for the fog lights. The are right next to each other. Make sure you cut them far enough from the connector that you are able to work with them. It's the top left two in the photo below. 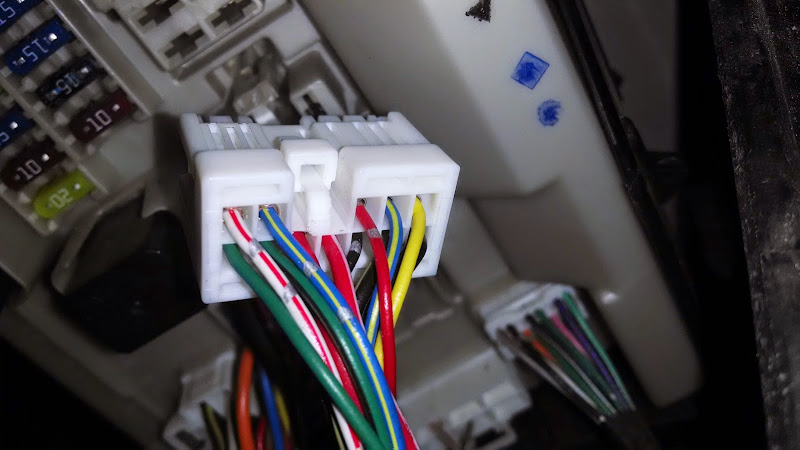 This is where things get screwy... the directions that come with the KP tech module, the colors it refers to for the relay socket weren't correct for mine so be careful here.

The last two wires on the relay, 86 and 87 (red and green respectively on mine) get connected to high current switched power. I decided to use an add-a-fuse device and this is where things went horribly wrong in my install. Don't do what I did. It makes a difference what direction you install it. Also, don't install it on the ABS circuit cause if you blow that fuse your car goes bonkers. I ended up installing it on the washer pump fuse. 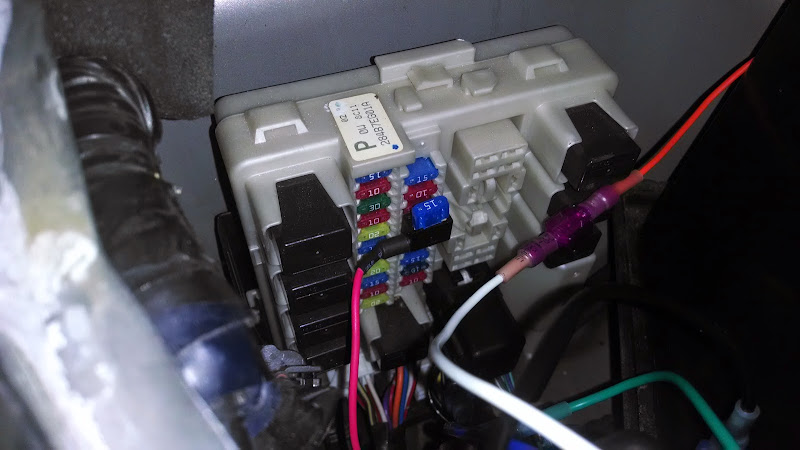 - At this point I would test the relay. Disconnect the KP tech module from it's harness. Your fog lights should work just like they did before you installed anything. If they don't turn on, you screwed up the relay installation. 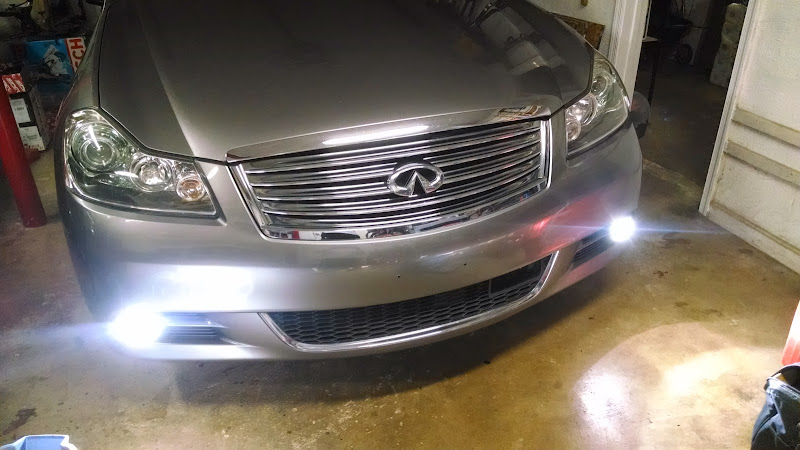 Here's a summary of the wiring.... as always mileage may vary.

BOOMSHAKALAKA. This is getting added to the FAQ. Good work, sir.
Top

Just curious, I could have sworn I saw this somewhere here before, isn't there a way to do this without the module? Only reason I ask is because if this much splicing has to be done with the module anyway, why not just go commando style and do it without the module...if it's possible. I would think a "module" should come with necessary harnesses to be plug and play.
Top

TDot wrote:Just curious, I could have sworn I saw this somewhere here before, isn't there a way to do this without the module? Only reason I ask is because if this much splicing has to be done with the module anyway, why not just go commando style and do it without the module...if it's possible. I would think a "module" should come with necessary harnesses to be plug and play.

There is a way to do it without the modules. You still have to cut wires though. You'd be cutting the wires at the control stalk instead of just tapping @ the BCM and you'd still need to install a relay and cut the wires at the IPDM. So not a ton of benefit.
Top

But that's my thing, I pay for this when you have to splice and tap wires regardless? Relays are $3-$10. Is it a matter of avoiding splicing at the stalk? Is that more troublesome?
Top

It's more work to do it at the stalk but I wouldn't say it's significant. You'd have to run the wire from the stalk to the IPDM which is a little harder now because you've got to go from the driver's side to the passenger side. I guess it's mostly personal preference. If they had built the relay into the module, then I'd say definitely worth it, but you're right. You can do it without the module and it's not all that much harder.
Top
Post Reply
9 posts • Page 1 of 1