I pretty much followed the FSM on this but was able to remove the transfer case without removing the front propeller shaft and right catalytic converter. You can remove the right catalytic converter if you want but I found it not critical to replace the transfer case. Here are the FSM steps with some pics I took to do the job with socket #'s. Hope this helps

Tools:
3/8 socket wrench
3/8 flex head socket wrench
3/8 10 inch extension
10mm
12mm
14mm (regular & deep socket)
17mm (regular & deep socket)
17mm open/closed ended wrench
breaker bar (my preferred choice)
impact wrench (up to the user, I ended up stripping a bolt on the exhaust and spent an extra 4 hours trying to PB blast that thing to remove it so I didn't use it again)

CAUTION:
Secure transfer assembly and transmission assembly to a
jack.

Prior to removing the y-pipe there are two pseudo mounts. All they are are just two mounts holding nothing but I guess to protect if there were to fall from there welds (guessing on this). sorry I didn't take any pics of these but they are really obvious when your down there.


1. These bolts were rusted really bad so be cautious with using an impact wrench. You'll be removing the y-pipe so there are 3 pairs of 14mm bolts to remove. I only took pics of the front left and right locations. You can easily see the rear pair of bolts to remove when your down there 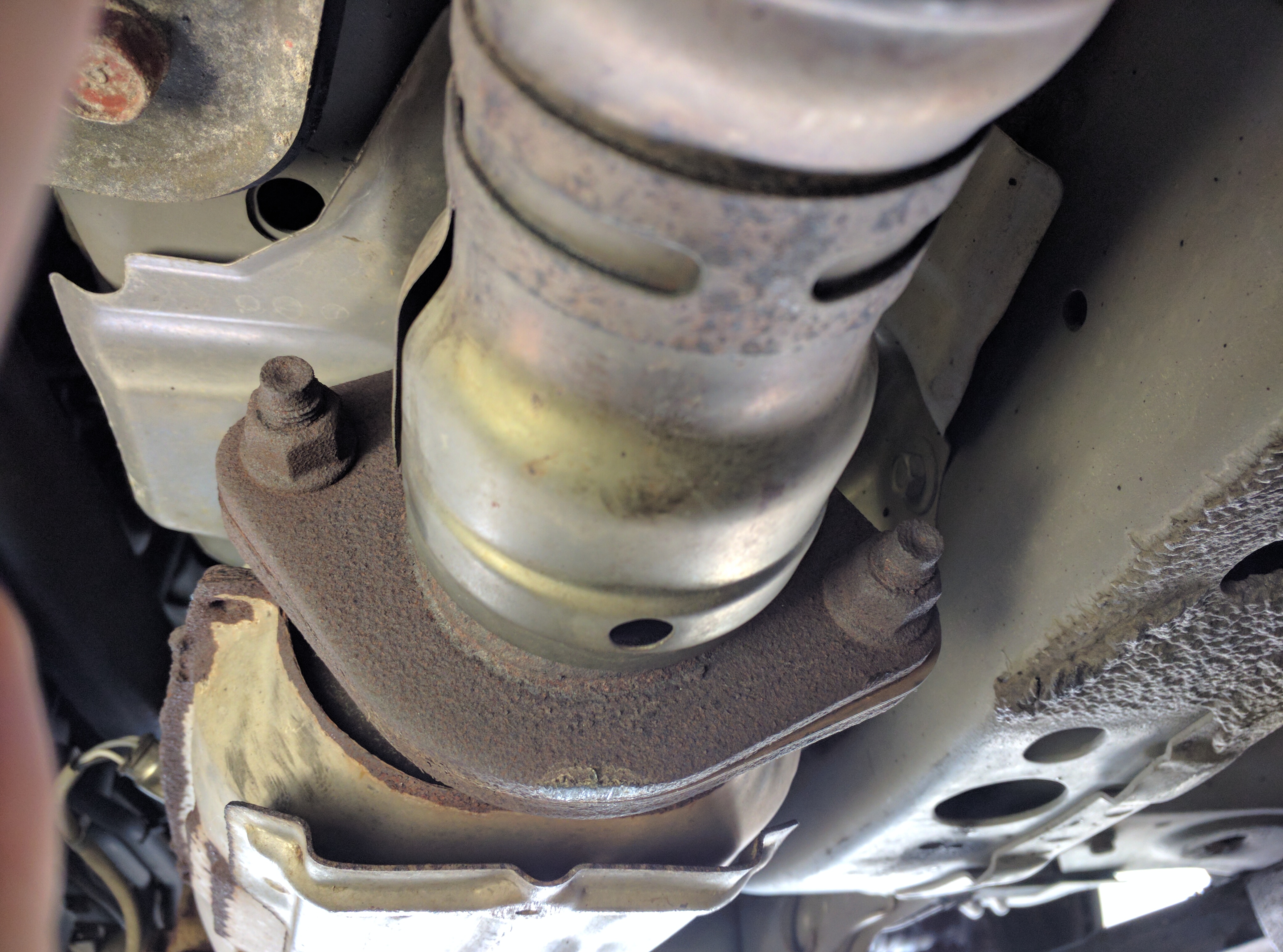 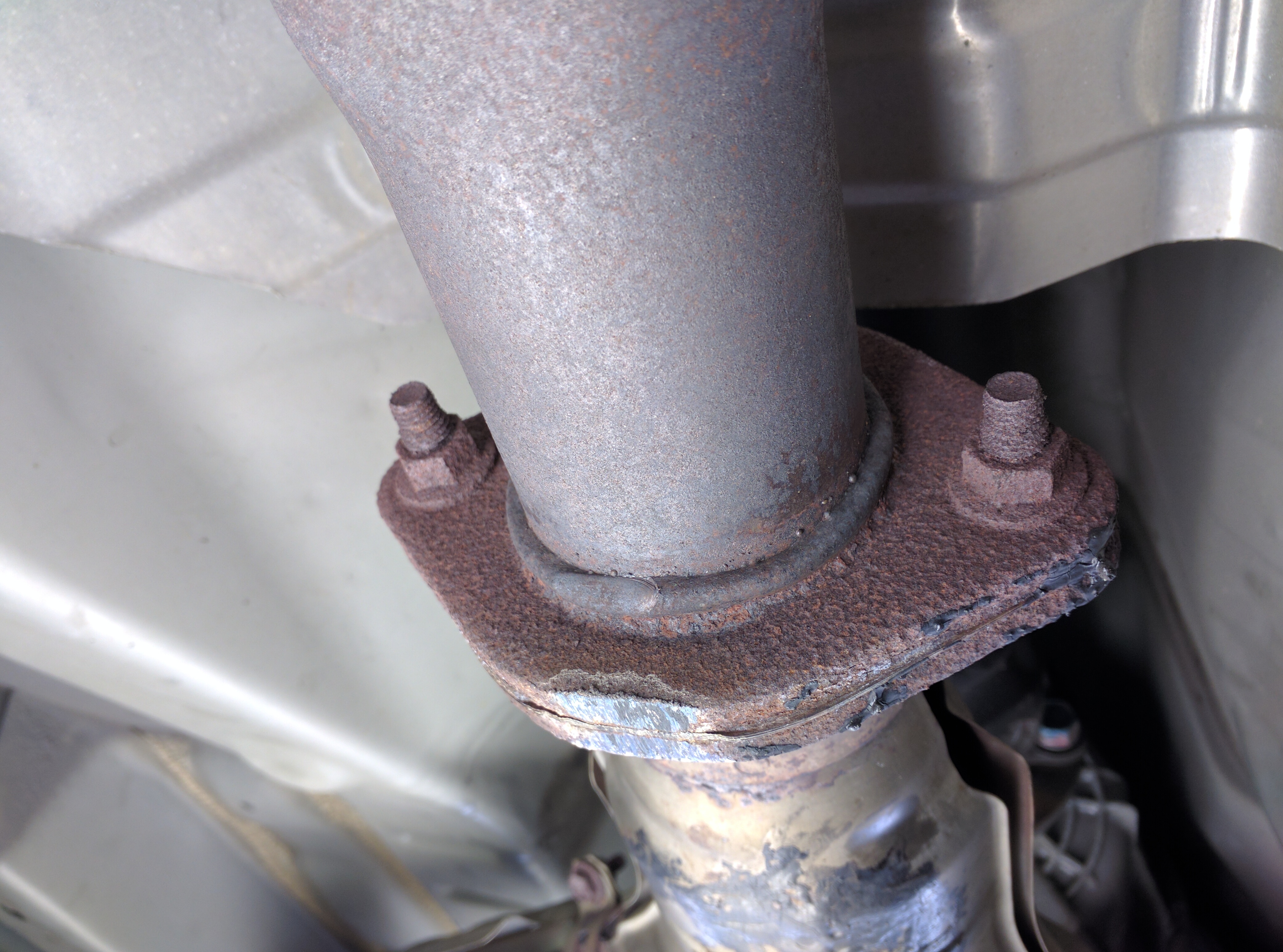 2. I didn't remove the front propeler shaft because I didn't want to hassle with it which worked for me. It was a little tricky when reinstalling but it is doable with the installation process. 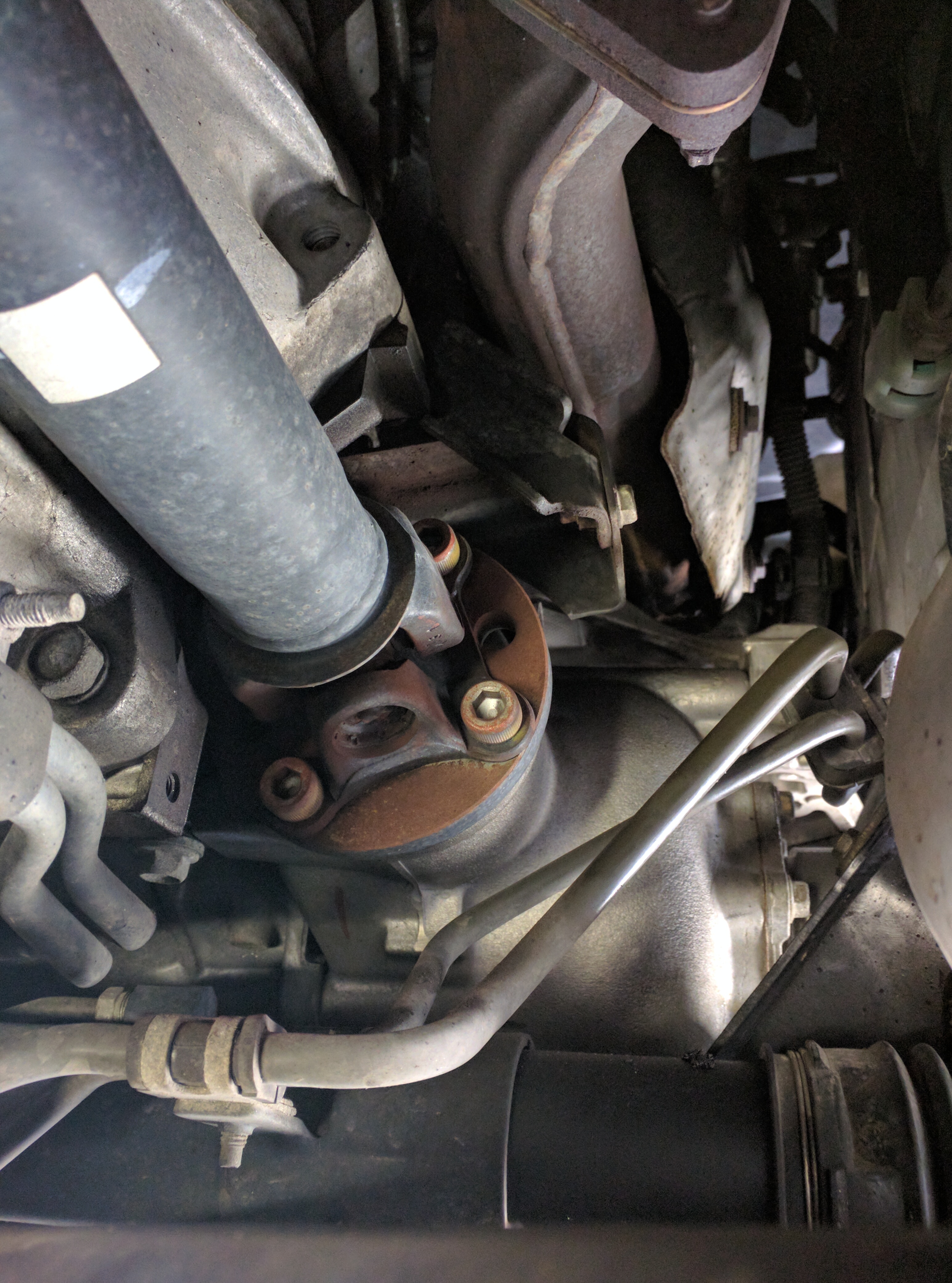 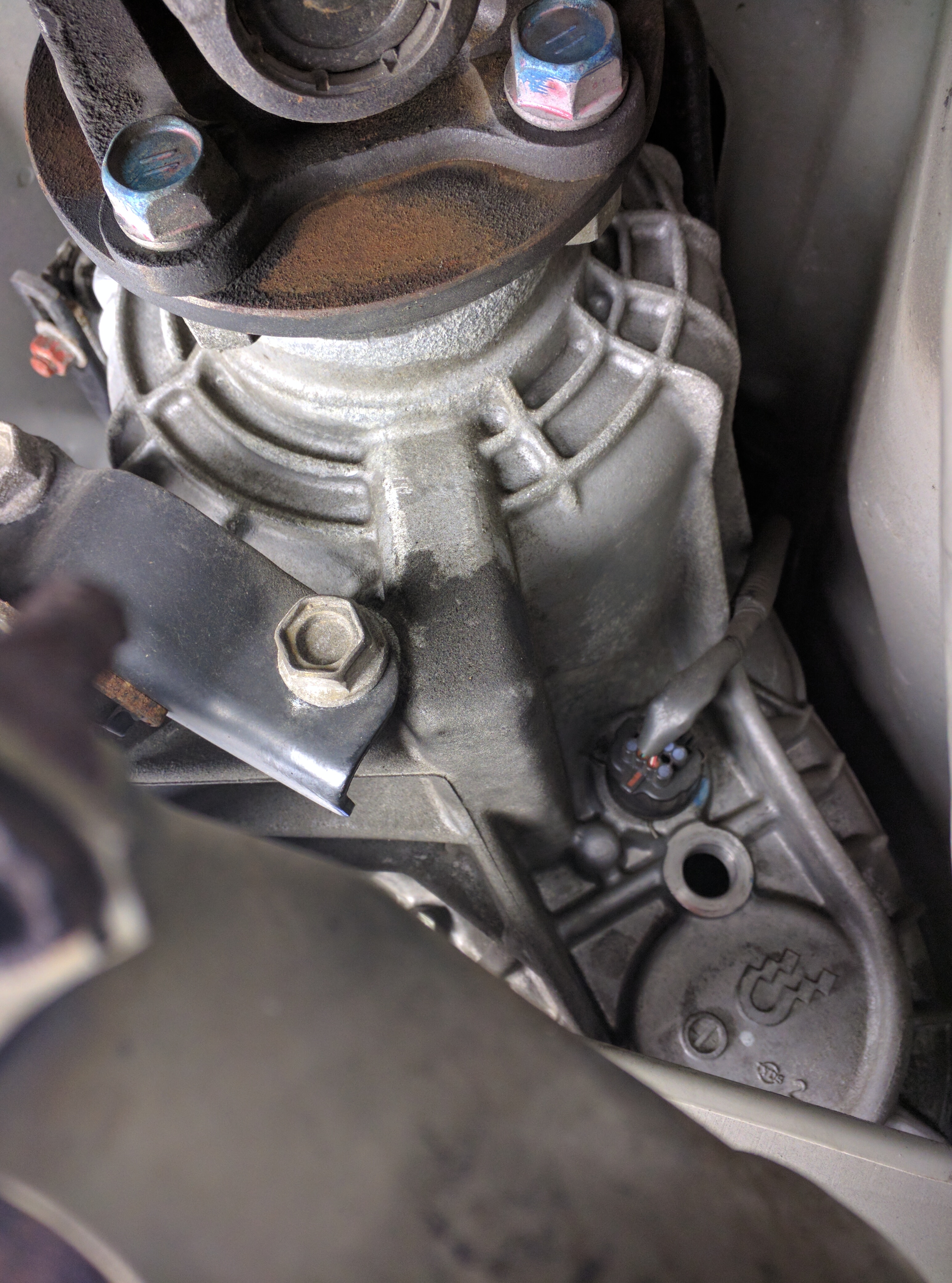 you'll want to use a 17mm socket and 17mm wrench to remove all 8 bolts (front and rear location). careful not to drop the propeller or damage it 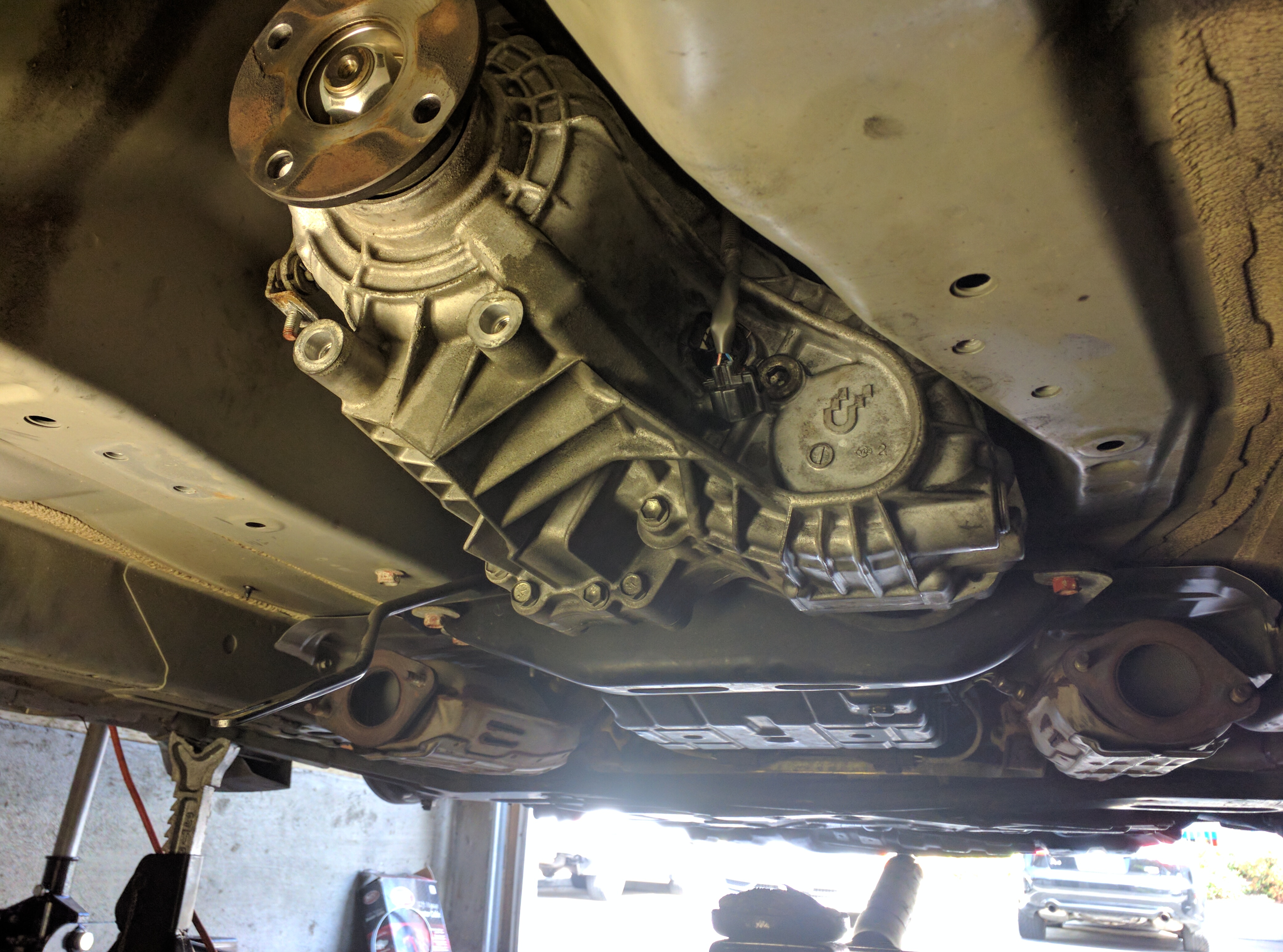 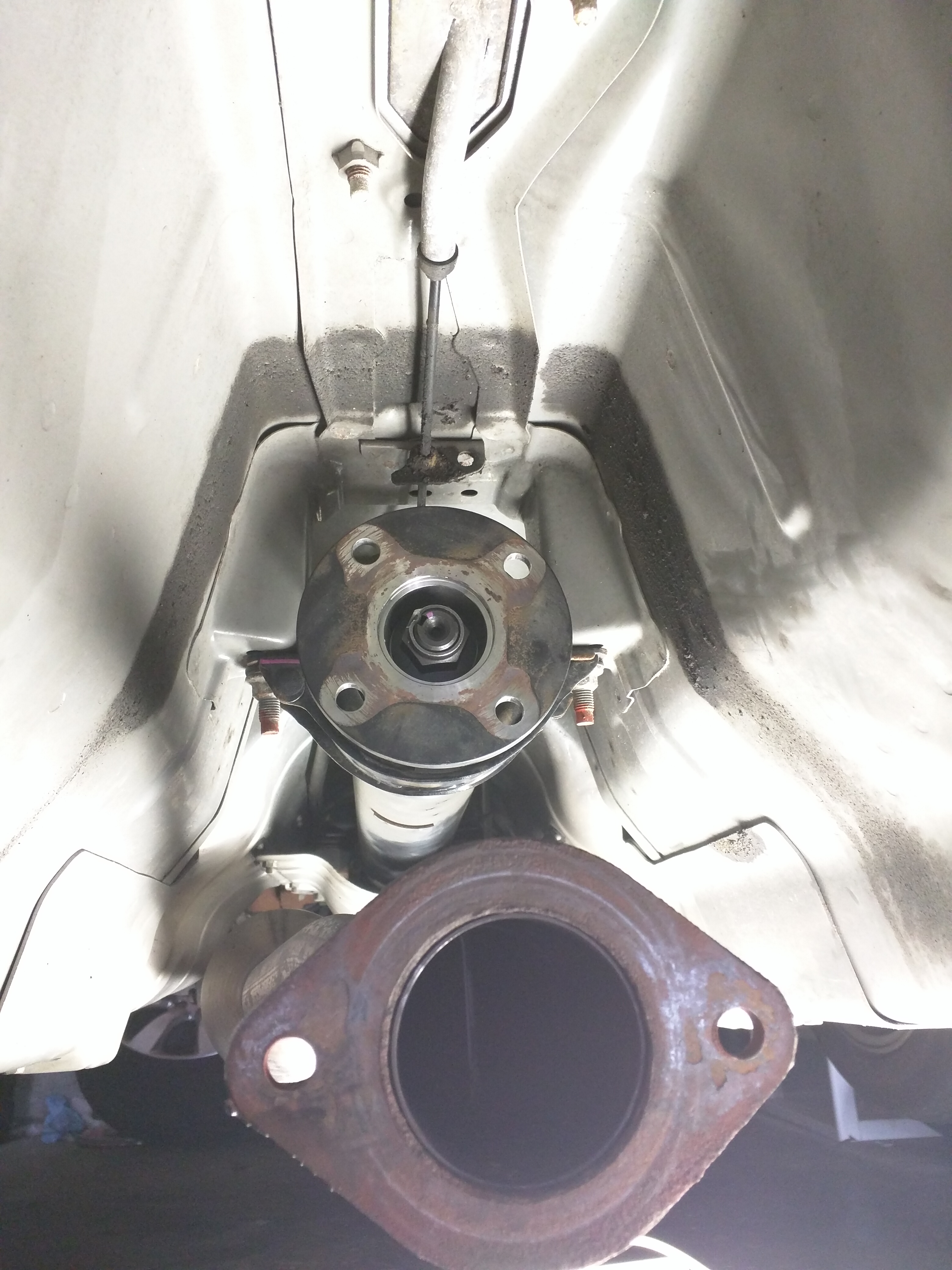 3. Remove the the wiring harness. It has a latch on it you need to squeeze to pop it off 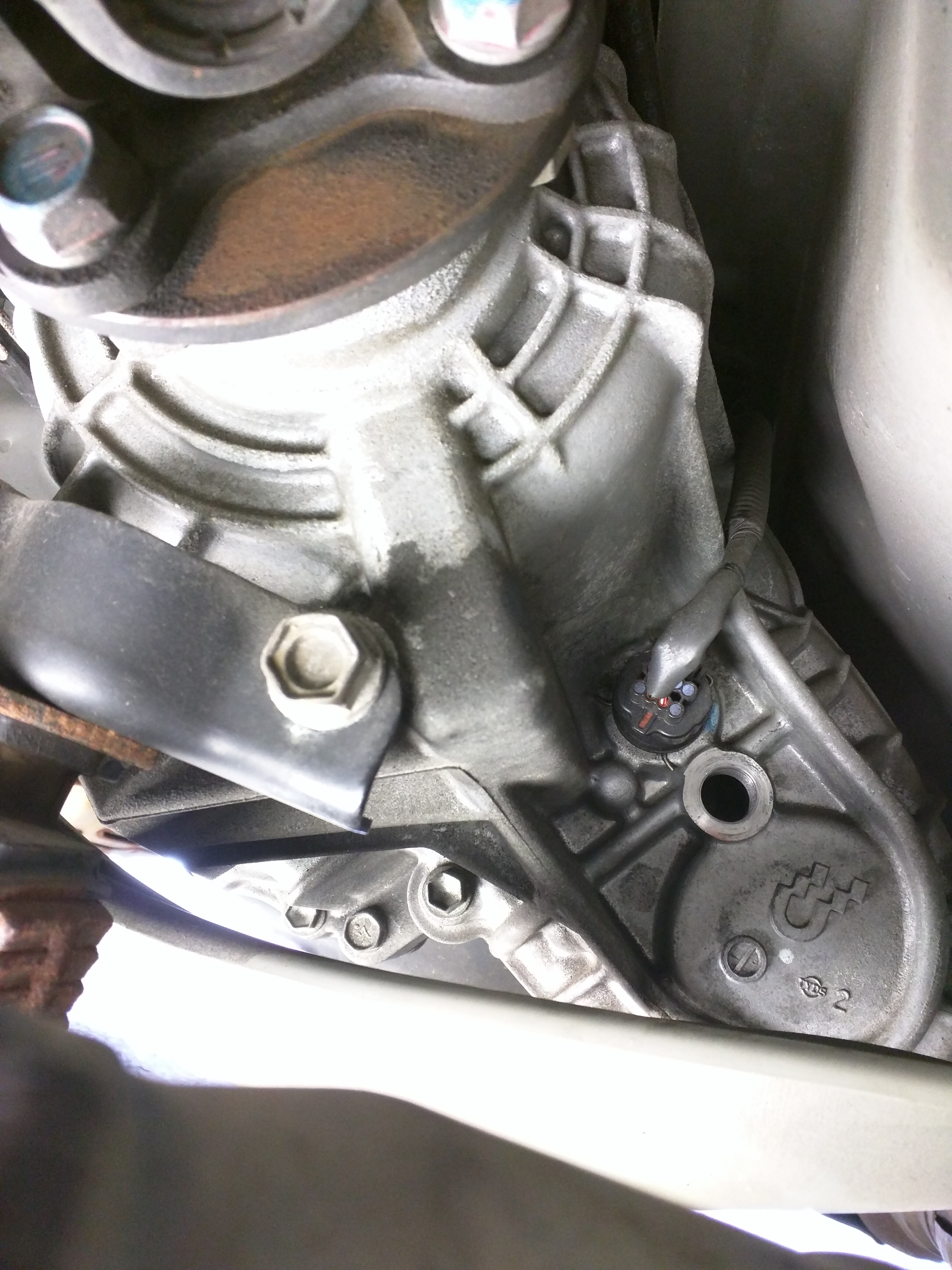 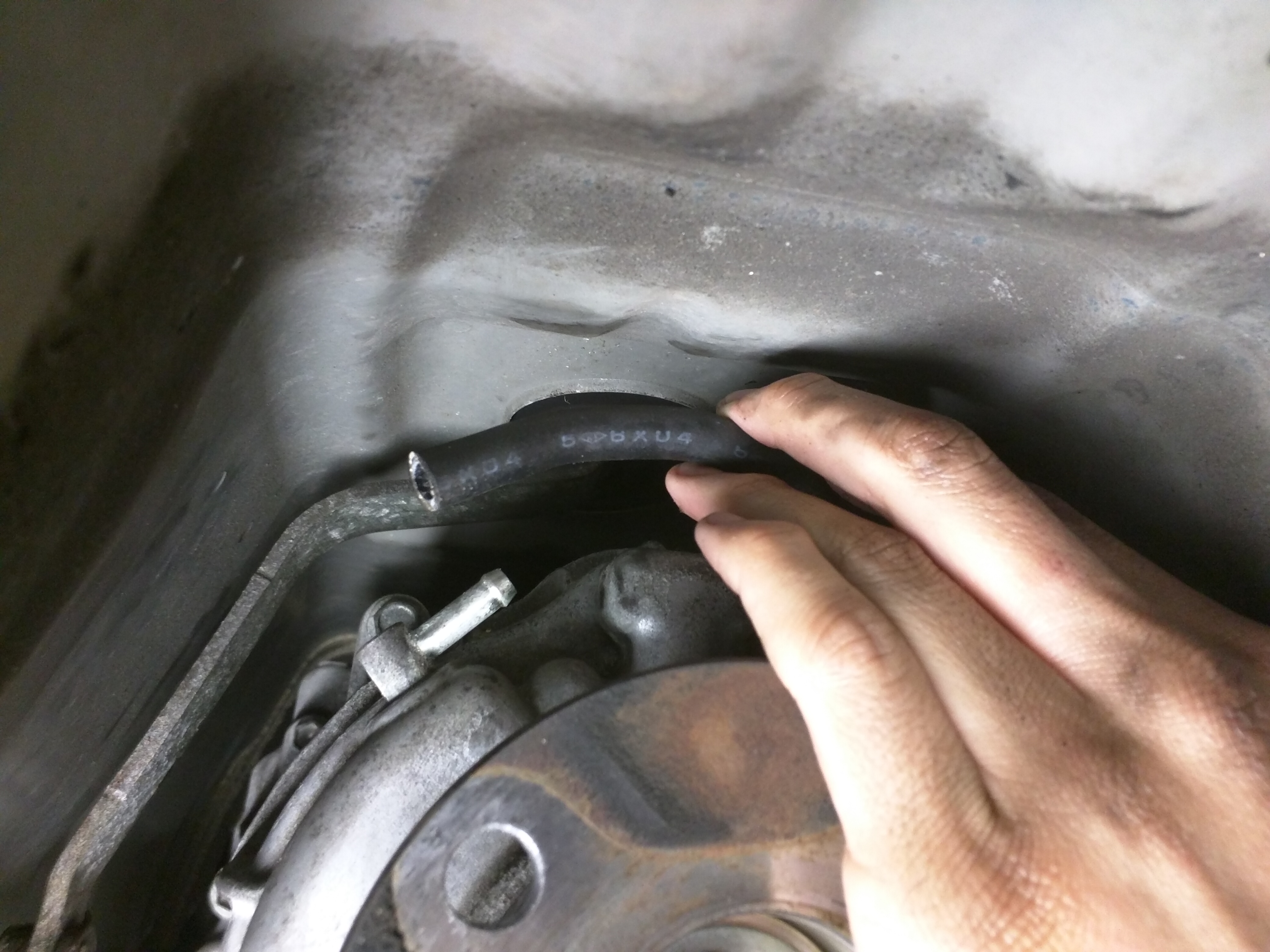 5. Remove the bolt from the control rod. I think its a 12mm. reinstalling you'll want to use the specified torque mentioned in the FSM
AWD MODELS
1. Loosen nut (2) of bracket (1).
2. Place PNP switch and selector lever in “P” position.
3. While pressing lower lever (3) toward rear of vehicle (in “P” position
direction), tighten nut (2) to specified torque.
Refer to AT-227, "CONTROL ROD COMPONENTS (AWD
MODELS)" . 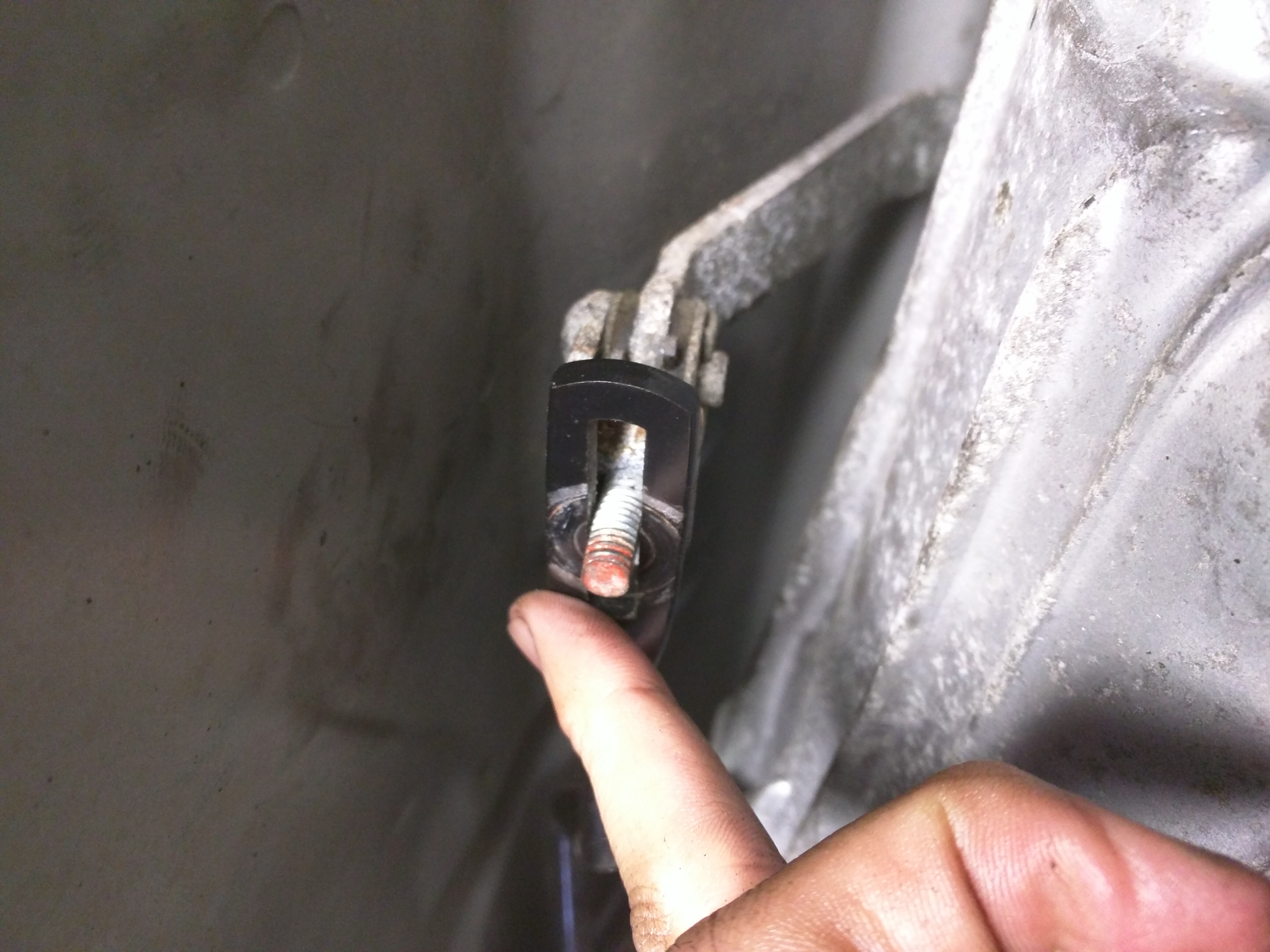 6. Support transfer assembly and transmission assembly with a jack.

7. Remove the rear engine mounts. I think they were 14mm bolts. I used a breaker bar for these...didn't want to risk stripping anymore bolts 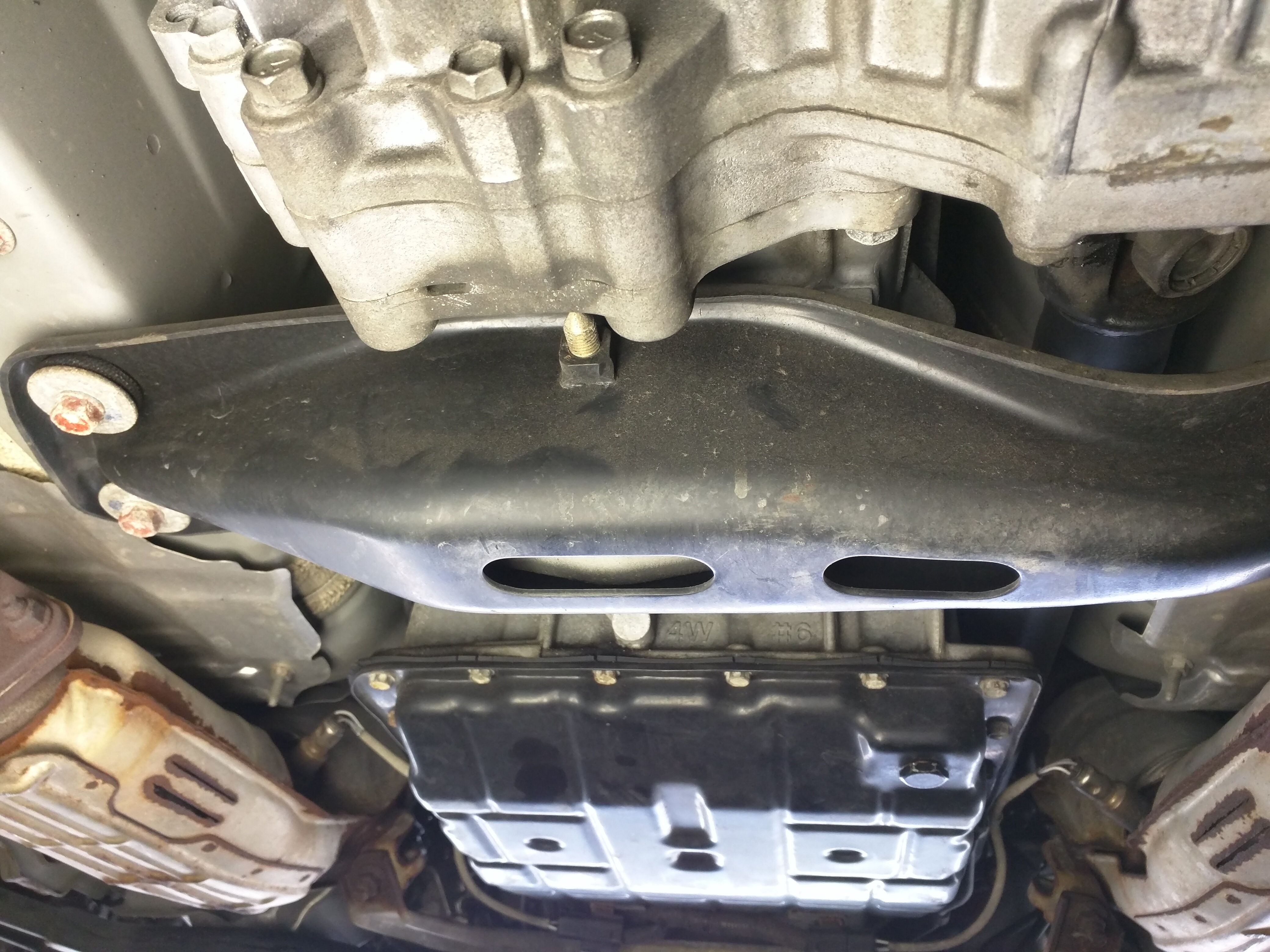 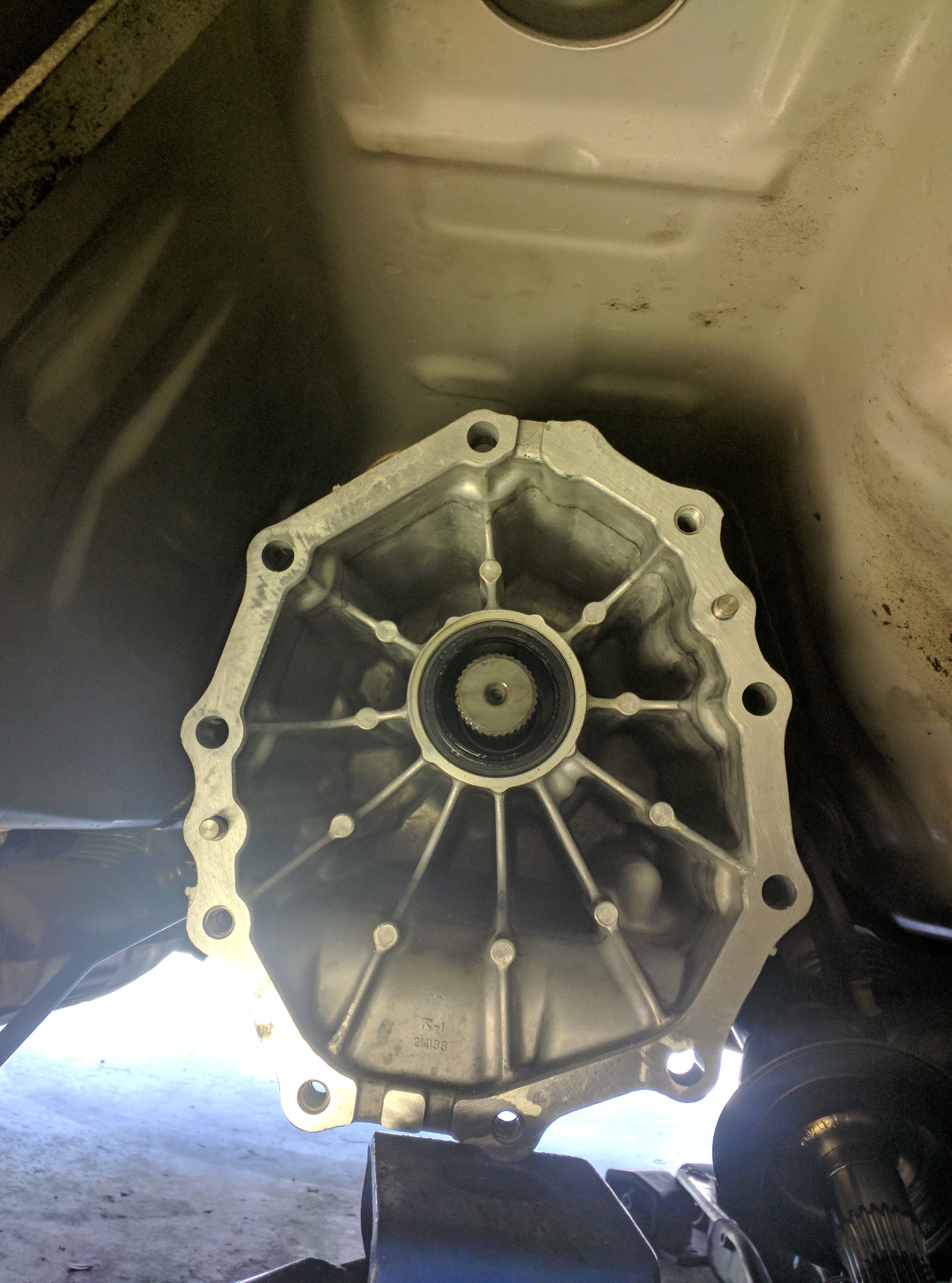 there's a total of 10 bolts to remove. 4 different combination lengths. for the most part I was able to remove the bolts somewhat easy except for those bolts that were going from the transmission to the transfer case. but with some creativity they can be removed with ease and muscle.

Here is the pic from the FSM with the bolt locations

Great work sir! Adding this to the FAQ.
Top

These bolts were rusted really bad so be cautious with using an impact wrench.

I started reading and thought, uh oh, there he goes with his stuck bolts again.

Good job on the write up man.
Top

hahaha. I know! After that I said no more impact wrench on these bolts lol. used breaker bar for the rest of the bolts with no problems

These bolts were rusted really bad so be cautious with using an impact wrench.

I started reading and thought, uh oh, there he goes with his stuck bolts again.

Good job on the write up man.