newbie will update with vin and pics

thanks hitman. so recently i picked up a 1963 nl320 vin number on chassis is L320-3-60224. will need to read up on how to post pics. not that of in great of shape, as to what i have seen on this site. originally started with 1964 l320 with pleanty of rust. now just have to deal with surface rust due to incomplete restoration job. owner died (rip) datsun nl320 lives on
Top

You're welcome to start a new thread here in the 320 section about it, and we'll be glad to help you through your restoration process... Lots of great experts here!
Top

Just picked up my little L320 last week so figured I'd post up some info.
1965 L320 VIN# L3200113531 salvage title in my name with matching VIN plate (owner showed me a picture of it but still trying to locate it for me...fingers crossed!!!)/frame VIN/engine VIN
Factory color appears to be robin's egg blue (if that's what Datsun called the light blue)
Picked it up about 15-20 miles south of Harrisburg, PA and got from a lady who taught her kids to drive in it, traded it into Nissan where the guy who bought it defaulted on paying, Nissan repoed it (after the @$$ decided to disassemble it prior to Nissan repoing) Nissan salvaged the title and the lady who I bought it from rescued it from their back parking lot 1 week prior to being taken in for scrap, she kept it sitting in her driveway for 6years before it found it's way to me who will be fixing it up to daily driver status once again!...after of course going over every mechanical part to make it function once again. Love this site and all that you guys do for/because of these great old Datsun vehicles!!!

Stoked to have you aboard, Rusty - I actually checked that out right before you bought it, while I was in Carlisle for one of our events. Good purchase!
Top 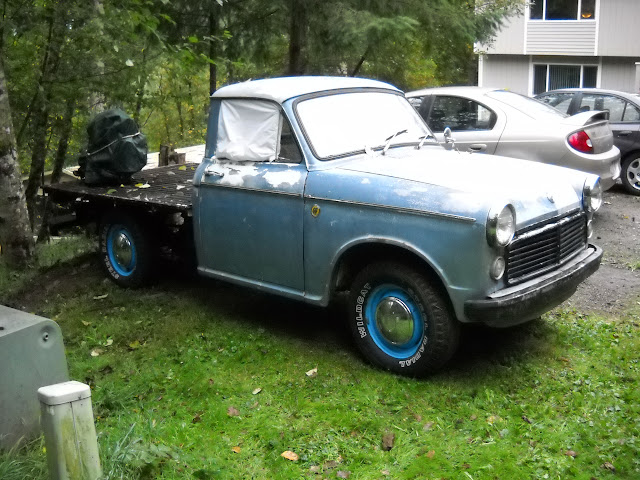 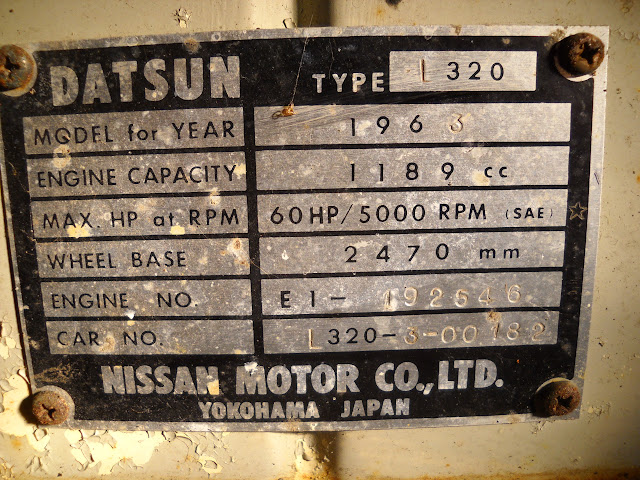 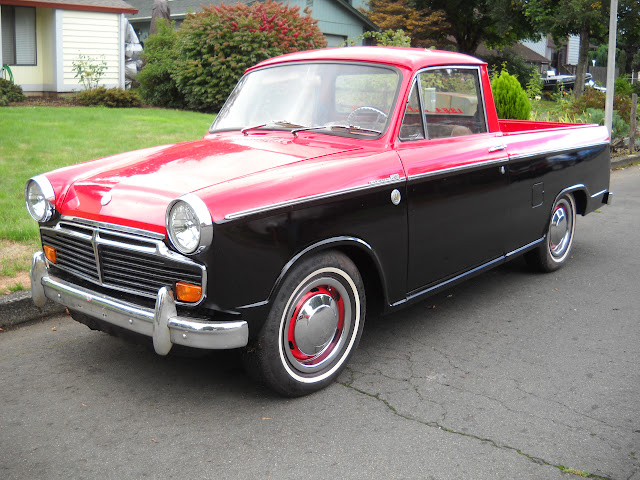 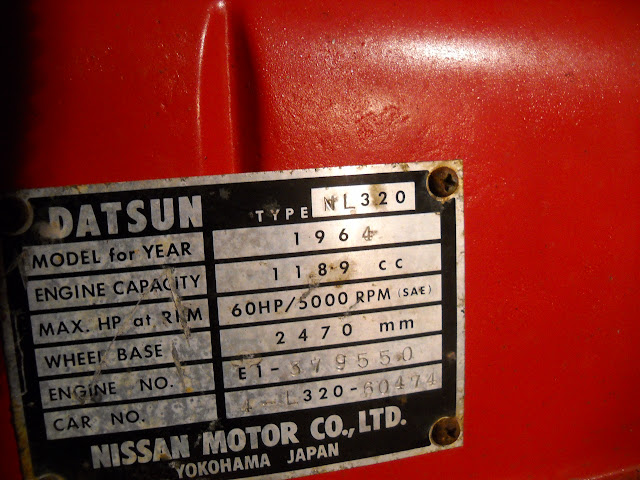 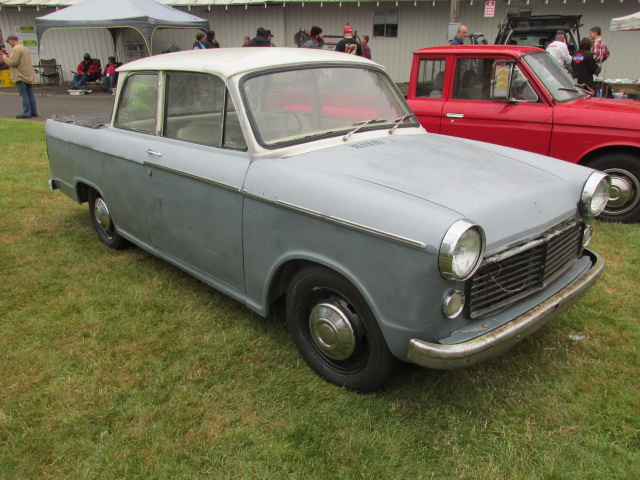 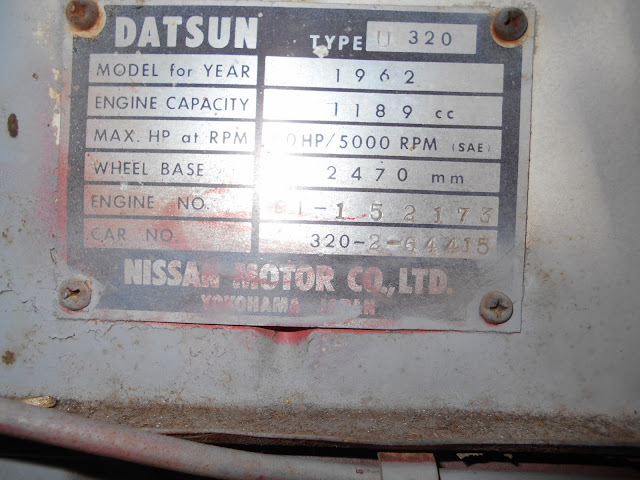 Love the U 320. May I ask what the shipping cost on this?
andy
Top

Li'l Truckie wrote:Love the U 320. May I ask what the shipping cost on this?
andy


I bought it from a guy in North Carolina, it cost me $1800.00 to have it shipped to Washington(enclosed trailer), he is the one that imported it from Australia, I didn't ask him how much it cost him back in 1985 to import it.
There are a few U320s over in Australia for sale, but they are in bad shape, and look like they are missing parts to me.
If you buy one, make sure that it is all there, these trucks are impossible to find "U" specific parts for, did you know that the U320 is 5 or 6 inches longer than all the other 320s, the L, NL, U, and V 320s are all on the same basic frame, but the U320s body is longer, so only the "U" rear side trim will work on the "U" model, it also has "U" specific rear bumper mount brackets.
I do need a decent rear bumper from a NL320 if anyone has one for sale, mine is shot.
Top

Thanks Wayne. Yeah, shipping costs, but from what I have experienced still cheaper than doing it yourself on these long hauls. $1800 coast to coast with and enclosed trailer - reasonable for the prices I've been quoted.

Thanks too for the info on the U, I kind of thought they were all the same basic length, but this does make since. I've been looking at the one's that have come up for sale on eBay.au and FB, but as you mentioned, they are not in the greatest shape with rust, missing and beyond repair parts.
Top

There are other U320s out there, as just recently a LHD one was found in Costa Rica, it's the only LHD U320 I know of at this time, but the guy says that there are more vehicles of this type in his country, he currently has that U320, he also has a U521, and a U620.
He offered up the U521 for sale in the last couple years, and claimed it had a US title, but it was in fact in Costa Rica and needed shipped to the USA, I believe he wanted 7/8 grand for a running example in decent shape(just painted).

Here are couple photos of the LHD U320 in Costa Rica, they are the only photos he posted of it.

Here is the U620 that he mentioned owning, he doesn't have the original rear bumper for it.

Tracking the early Datsun imported to Mexico, Central, and South America with the Spanish VIN data plate. A lady contacted me about a year ago with her 312 Bluebird she wanted to sell - right car, wrong time.

I only know what I have seen and heard from Datsun forums and groups, the NL320 had about 1100 imported to the USA, and the U320 had about 1000 total made, less than 20 went to Australia, and the rest supposedly went to Asia, Central America must be part of the Asian allotment.
Never heard of a U320 anywhere but the 2 in Belgium that Severyn owns(both came from Australia), mine which also came from Australia via Ken in South Carolina, and the approximately 13 that we know of in Australia at this time, the one in Costa Rica was a surprise, and it being LHD was a real surprise.
It's hard to say what went to other countries, as they don't really join Datsun forums or groups, the very few that I know of started selling on ebay, and then joined a Datsun forum to sell there, a few started threads of their own Datsuns, but most just sell Datsun parts on ebay and the like.
This is in Saudi Arabia, they have a few of them. 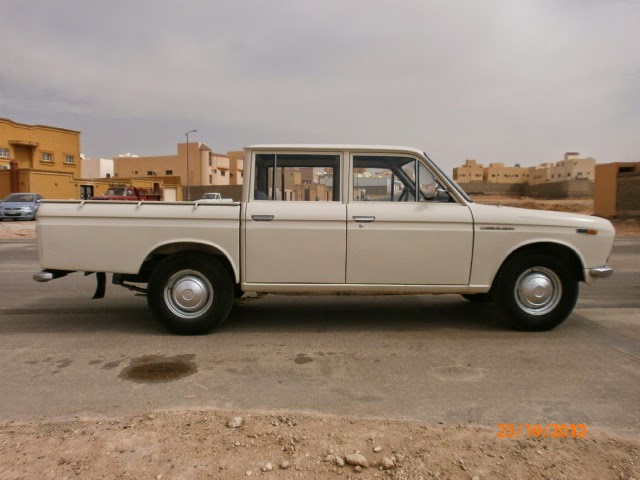 Here is another special one there. 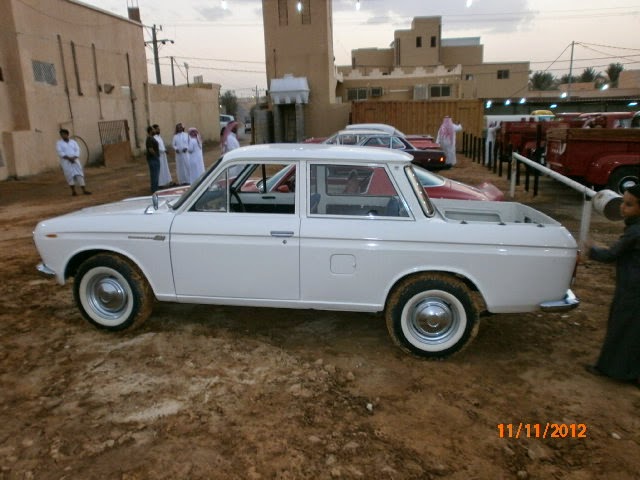 These are both of Severyns Datsun U320s that came from Australia. 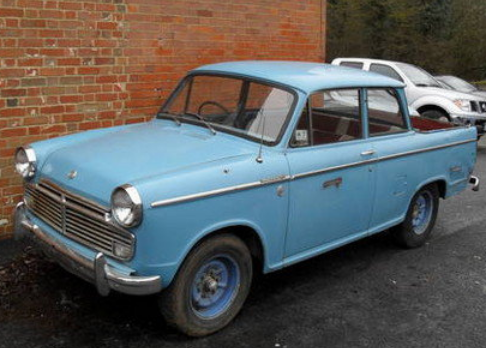 Here he is with his wife. 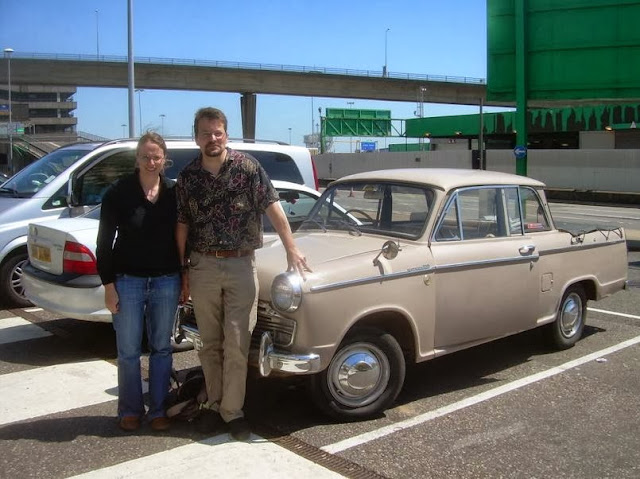 Welcome aboard, Wick - thanks for popping in on us!

I actually have 2 copies of your book, and have referred to it a TON!

Thanks for the serial numbers to the 2 x NL. Sorry to see they will be up for sell, but will watch them closely. I have 2 x PL's outside and iced over with the rest of the fleet and a few newer "Datsun" tetris'ed into the garage.

Would greatly appreciate any pics you can post or a link to where we might look at them.

Email me some pics and info? [email protected] - and welcome aboard!
Top

Email me some pics and info? [email protected] - and welcome aboard!

Thank you for the welcome. I am currently trying to sell my jewel.
Top

Just picked it up

Is there a complete list of these VIN numbers available to view somewhere or just in the thread here?
Top

Sorry for the delay in getting back on this task, guys - I'm so far behind on this project, I'm sure some are wondering if it's still a priority!

You guys have waited long enough - It's finally up and running!

Please encourage fellow 320 owners to add / update their information so that we can come closer to determining how many of these trucks remain, as well as getting them designated as a true collectible.

Thanks to ALL of my 320 brothers for their assistance with this project!
Top

Asked Greg on Facebook if this could be extended to worldwide as well so here is my Australian 320 details.

Greg,re-furb
Our NL320 is entered twice in the database. It is red # 4-L320-60125 C listed as a 1964 to ewalther and as a 1963 model to me (sdifrangia, NICO name). I acquired the pickup from ewalther three years ago. It is firewall tagged and titled as a 64 but displays 1963 characteristics. My re-furb thread on here is the one with 'Mighty Mouse' in the title. Thanks.