I do not really know where to post this build. I thought this old school thread might be a good place. I stopped working on the car for a while.

When I started working on it I took the gas tank out and got all the old gas out. It smelled horrible and might be one of the worst smells in the world besides old transmission fluid.

So I installed an electric fuel pump because the manual fuel pump was toast. I replaced all the fluids and started it up. It still ran like hell but every once a while it seemed better. The fuel pump eventually got filled up with junk so I took the tank to a radiator shop and got it boiled out. I vacuumed it during this time and discovered more spiders than I ever want to see.

tank out of car

They boiled it and discovered that it had holes in it that were plugged with old gas gunk. When I got it reinstalled it ran great but still back fired out the carb. I believe that I need to time it and maybe do some valve adjustment. The electric fuel pump had to much pressure so I also had to install a regulator.

here is the engine

I started working on my Celica again and neglected the Prince. When I tried to start it up again the fuel pump was dead. I imagine its because of all the gunk that filtered through it.

So My next project is the fuel pump and the hopefully figure out the backfiring and overheating problem. I replaced the thermostat but the radiator might be backed up. I hope that it isn't the water pump because that might be impossible to find.

Here is a pic of my celica

This thread covers most of the things that I have done to the car. I will include more pictures and keep this project up to date. I finished the Celica project for the time being and plan on working on the Prince.

SO cool! Keep us posted on the build! She's gonna be beautiful when she's done!
Top

I plan on it but my girlfriend does not share my enthusiasm.
Top

Life is short bro go with what u know!SD
Top

I will fix it up I have grown attached to the car. I have spend a few dollars on it.
Top

I plan on it but my girlfriend does not share my enthusiasm.

Its okay, you don't need a Girlfriend, who does not appreciate.
Top

Last I heard, the car was sold on ebay.
Top

too bad, the celica looks like a total turd in comparison.
Top

AZhitman wrote:Last I heard, the car was sold on ebay.

Did this car end up in Syracuse NY? A guy showed up at the Z car show in Rochester back in 2012 driving one of these.

I'd have loved to add that to my collection.
Top

Pics from when I saw it in person.

Yes, this Prince Skyline belonged to Walt Miller of Autolit in Syracuse. My son and I saw it one rainy Saturday at a storage facility. Walt asked around ~$19K or so on eBay, but do not know if he sold it.

Car is not a '60 model and it does not have the correct engine. Pretty sure he sold it to make space and lack of parts.

Walt also had one of the first if not the very first SPL-213, also advertised on eBay.

If you are interested in what happened to either, best way is to go through his eBay store - Autolit.

I regret selling this car but I didn't have the time or resources for it. I assumed it could be the correct engine because they offered a higher horsepower engine as an option. They might not have changed the chassis plate when you upgraded. I figured it was a 1960 model by the Chassis plate. I did find a different brochure from the US that is from 1959 and some sales material showing there was a dealer in California and New York. They only came in three colors Navy, baby blue, and pink. I wonder if this car ever has seen the light of day.

BP, is Walt the guy who bought it?

Hoping another one turns up somewhere...
Top

Walt is the one who purchased it. I know of two more that have popped up. Another pink one was bought for like 200 bucks and sold to a gentleman that lives in Japan. I have pictures of that car. It was in much worse shape than the one I sold. The other one is from that skyline forum and who knows were it is.

Maybe a few floating around import numbers are around 300 but who actually knows. I would love to find a Prince Skyway.

I think from talking to Walt an Air Force Officer Stationed somewhere in the Pacific/Japan brought this state side and had the 1900cc put in over the standard 1500cc motor. Also I think this is a '57 or very ealry '58 because the '58 model model went to the 4 head light configuration, but might be wrong on this.

So with the with three strikes against it (headlight configuration, incorrect motor, who knows what year?) and an asking price of $19k, I passed.

Walt did spend quick a bit of money to get it running, but did not start it up the cold miserable after noon that we looked at it.

I'm cleaning up my desk top and will post some pics we took. Give me a day or two.

The air force story was told to me from the owner's son. I guess his father bought it from the original owner (importer) and drove it around without tags for a while. The Airforce story was from the original owner. I did not know if it was true or not.
It came with quite a few extra parts so the father at one point or another found a parts car. He told me where it was original stored. I should have been more attentive because I might have been able to find the actual parts car. That could have been where that donor engine came from.

I called it a 1960 because they only imported the single headlights version to the states. The title also says 1960. It might have taken Prince a while to manufacturer LHD and by the time they imported them they had already came out with the twin headlight version.

It took me forever to get that car running and it never ran right. Walt told me it was the coil and I never replaced or checked that part.

I would love to see those pictures. He shined everything up and made that car look good. I still regret selling it.
Last edited by blueprince on Fri Mar 14, 2014 3:25 pm, edited 1 time in total.
Top

Did he end up selling it?
Top

Ah, okay, so a few things I didn't know. All makes since with the donor engine, extra parts and only the single headlight version coming to the States.

Sell?? No idea. I thought the price was a little steep at the time.

Looking for pics on the desk top now and moving photos from the -stan to the external hard drive.

I've got some documents in my stash here that explain the whole "model year" shenanigans of Nissan / Datsun in the 60's with a lot more clarity.

No one else (to my knowledge) has this stuff, but I've got 3-5 HUGE file boxes to sort through. Once I get everything catalogued, I'll start posting stuff up.

Anyway, I'm definitely on the lookout - Between a '65 CSP311, a first-gen Prince Skyline, and a 1000/1200 humpback sedan, there's really not much else I'm looking to add to my collection.
Top

Okay, the wife had the SD chip or I didn't look very good the first time. Sorry they are not the best. 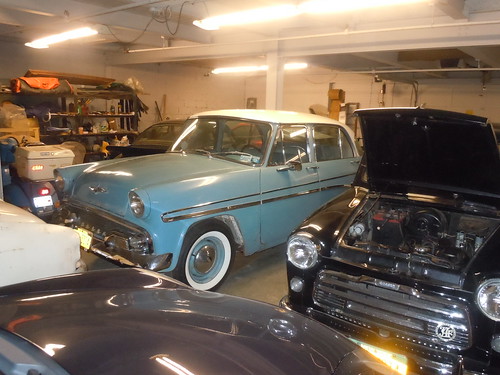 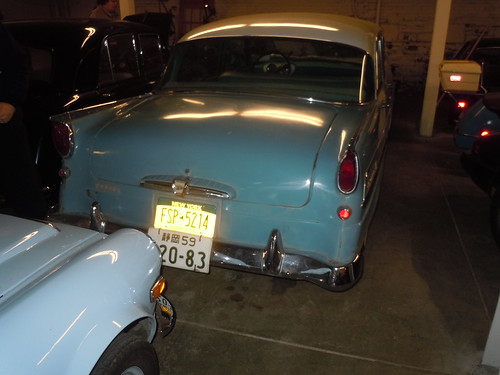 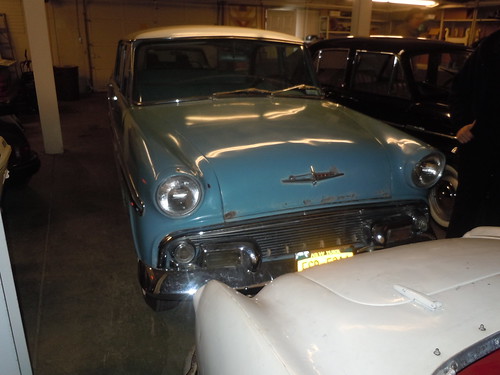 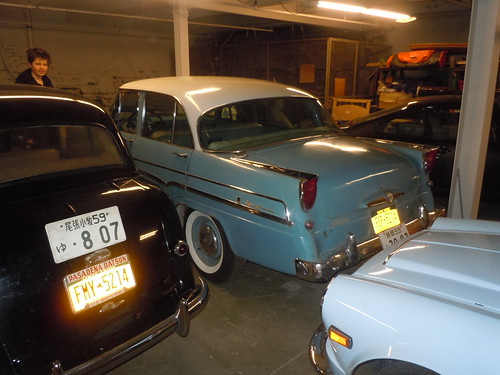 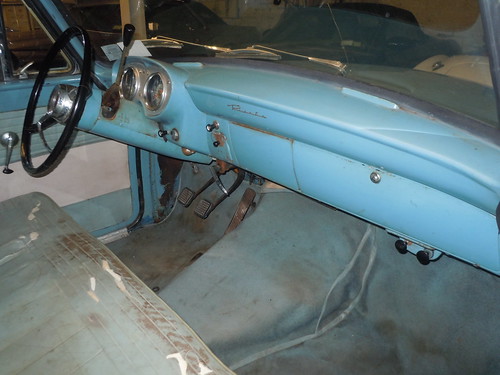 As I recall, I do not think the SPL-213 had the original motor either. Pretty sure it was a later E-1 versus the correct E. The PL-210 looked the most original and I paid more attention to it as I just picked up my '60 PLG-222.

Have you shot an email to Walt through Autolit?

Love the humpback sedan, too.

If I can find a clean, restorable '58-'59, I'd probably offload one of my more "modern" Datsuns.
Top

You see those sedans every once in a while on Ebay. I was looking at a 1965 SPL311 with a U20 swap.I have thought about it but I have my hands full with my Toyota Stout.
Top

Cool truck for sure. Helping a buddy restore a HiLux - any idea on a source for the fender-mounted turn signals?
Top

I am under the impression that the early FJ40's had the same type of turn signal assembly base. I would check out his existing units and the measurements on these.

Return to “Other Datsun Cars”